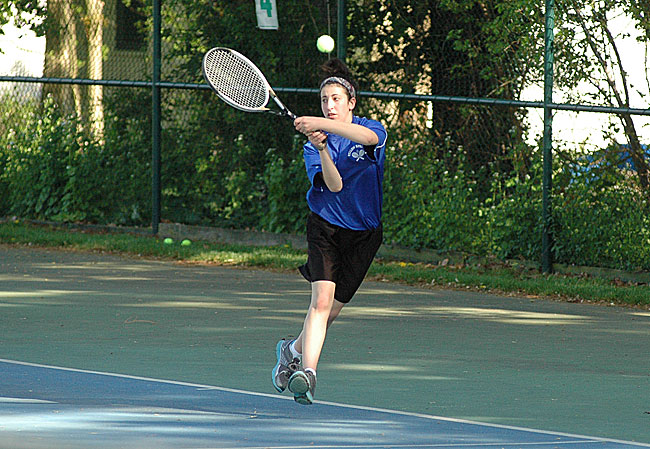 Liana Rothman stepped up to first singles during the Bulldogs' 3–2 loss to Dayton Christian. (Photo by Megan Bachman)

The doubles courts went to the Bulldogs in during the Yellow Springs High School tennis team’s 3–2 loss to Dayton Christian on Thursday.

But the Bulldogs lost all three singles courts to narrowly lose the match. Singles players had to play up a spot when first-singles player Nick Miller-Jacobson got called off to serve with the Miami Township Fire & Rescue squad.

Stepping into the first singles role was Liana Rothman. Coach Silvert called her strokes during the match “beautiful and strong.” Liam Creighton and Eizo Lang Ezekiel, both freshman, had some success with deep forcing shots and tenacious play, Coach Silvert added.

The Dayton Christian rematch is next Thursday. 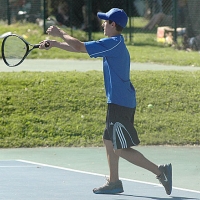 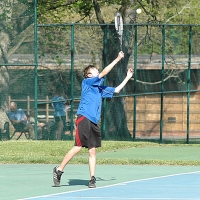 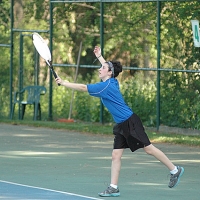 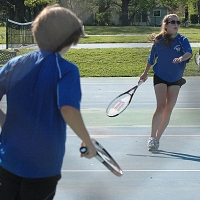 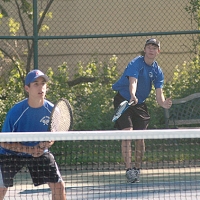 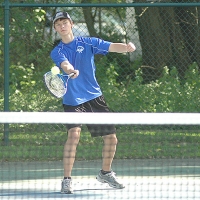 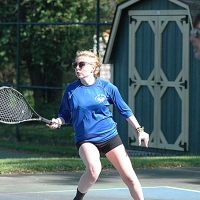 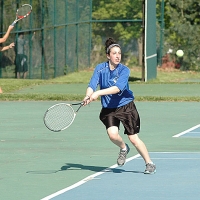 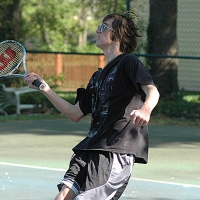