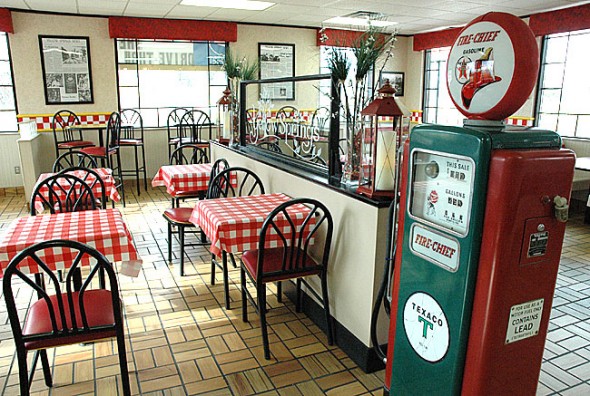 The Yellow Springs Buffet and Diner will close at the end of the day today, April 13, after almost six months of business, due to disappointing sales, according to owner Don Bowling. Villagers can still eat at the restaurant's $5 buffet during business hours today.

The Yellow Springs Buffet and Diner at the south end of town, the village’s newest sit-down restaurant, will be closing after less than six months of business. The restaurant will close at the end of today, April 13, according to owner Don Bowling.

Villagers can still take advantage of the restaurant’s $5 buffet through the day, however. Bowling owns the building and formerly ran the Kentucky Fried Chicken at the Xenia Avenue business, which was formerly called the Drive-Thru Buffet. The restaurant, which opened in November, offered a variety of traditional dishes, including fried chicken, meatloaf, spaghetti, pulled pork and several vegetarian options.

“I spent a lot of money on it,” he said. “I did everything in a professional way.”

The building will be vacant and available for new business opportunities, Bowling said.