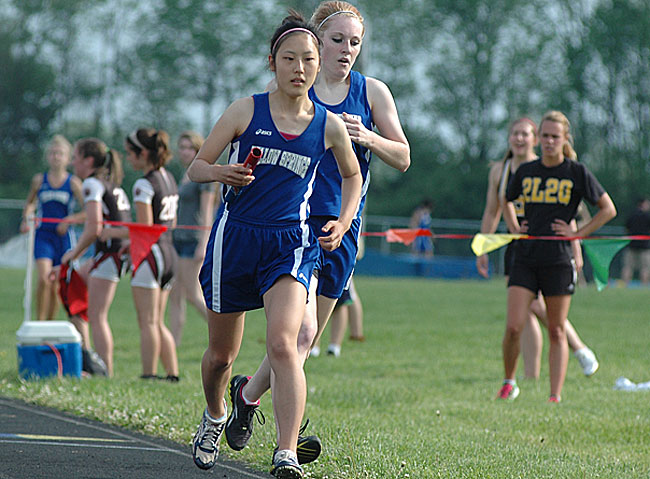 Rikako Kida takes over for Nicole Worsham in the 4x800-meter relay race. (Photo by Megan Bachman)

The Yellow Springs High School girls 4×800-meter relay proved at their home track on Friday that lighting can strike twice, delivering a lightning-fast first-place run before lightning from the sky ultimately caused the Bulldog Invitational to be canceled. 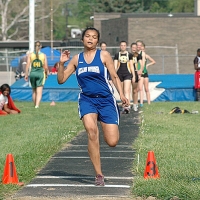 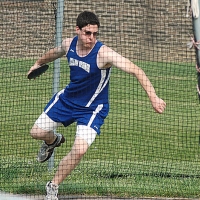 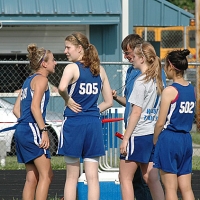 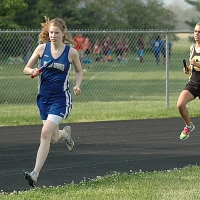 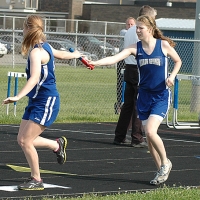 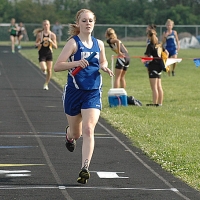 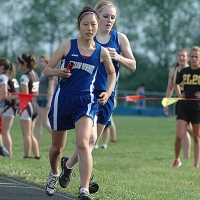 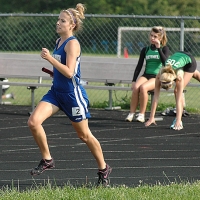 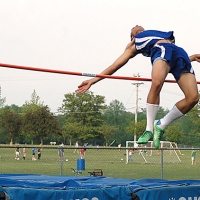 See the May 10 issue of the News for the full story.