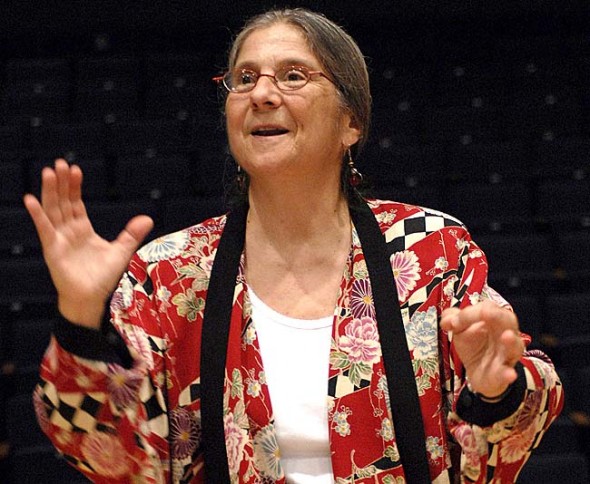 Villager Cathy Roma will lead three choral groups in the upcoming 2012 World Choir Games, the world's largest choir competition which will be held in Cincinnati July 4–14.

Roma will lead the popular MUSE female choral group, the Martin Luther King Coalition Chorale and the Prison Men’s Chorus, a choir drawn from inmates at the Warren Correctional Institution.

More than 360 chorale ensembles from around the world will compete during the event, which contains 23 musical genres, including men’s vocal, women’s vocal, children’s choirs, spirituals, gospel, jazz and pop. The events will take place in eight venues in a walkable grid in downtown Cincinnati, including Music Hall, Christ Church Cathedral and the Aronoff Center for the Art

Held every other year, the event is taking place for the first time in the United States. Roma was instrumental in organizing the event, and also co-edited a new book, A City That Sings: Cincinnati’s Choral Traditions 1800-2012, which will be available at Sam & Eddie’s Open Books.

See the June 28 paper for a more detailed article on Roma and the Choir Games.