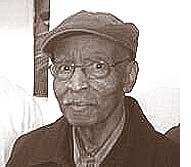 Vaudrey L. Tipton Jr. died on July 3 in his Yellow Springs home. He was 91.

Born Nov. 5, 1920 in Chicago, Ill., he was raised from the age of 5 by his aunt Helen Edwards and grandmother Lillie Brooks, now deceased.

Ten months before Pearl Harbor, with an associate degree in radio communications and a radio operators license, he was hired as radio service manager for a chain of radio and jewelry stores.

At the beginning of World War II, he was hired at the aircraft radio laboratory at Wright Field in Ohio for duty in defense facilities, and started a 32-year career in radio/electronics and related technology. From Bayonne, N.J., where he was involved in the development and testing of the U.S.’s first airborne radar systems, to the Chicago area where he supervised testing of the first Airborne Search Radar-gun Director and the multi-function radars used in B-50 aircraft, to Wright-Patterson Air Force Base, where he was project engineer for the N3A Inertial Guidance System and many advanced development side-looking radar system projects.

He also served in the Army as the technical advisor to the officer in charge of a Signal Corps-Local Zone Office. His last military assignment was with the 617th Bombardment Squadron (M), at Lockbourne Army Air Base, Ohio, where most of the personnel were Tuskegee Airmen.

After military service, Vaudrey returned to Wright-Patterson and became radio engineer for the development and testing of radio control and guidance systems for unmanned aircraft and missiles systems, including the Atlas ICBM. In 1959, Vaudrey was appointed by the Air Force as program manager of a major engineering development program that provided advanced technology and operational techniques for operational reconnaissance systems. He was technical consultant to several government agencies, including the Arms Control and Disarmament Agency, and was an EEOC counselor.

In July 1973, Vaudrey presented a paper on an advanced technology radar system to the 19th annual Tri-Service Radar Symposium at the Air Force Academy in Colorado Springs, Colo.

He is survived by his son Carl B. Tipton, Timothy C. and Karla (Garrett) Harshaw, Ona M. Harshaw, ex-wife Donna Sanders and grandchildren Alexander and Vincent Harshaw and Jason Milton and Malorie Harshaw-Hess and great-grandson Malachi Milton and other relatives.

Visitation and services were held at Jackson Lytle Lewis Funeral Home in Yellow Springs, followed by burial at the Dayton National Cemetery.