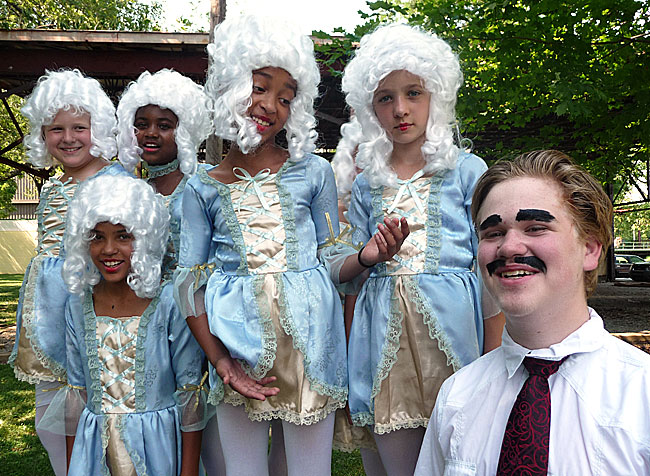 One might ask what theater company would have the audacity to mix together an 18th century opera, a Marx Brothers’ film, Art Speak from the walls of the Chicago Art Institute, and Justin Bieber’s twitter feed, all in an original show for child actors. The answer is, of course, Yellow Springs Kids Playhouse, now in its 18th year of producing shows that are often brazen and off-the-wall and always a fun challenge for its actors.

Playwright and director John Fleming outdid himself this year with Mo’s Night at the Opera, which runs from Thursday, July 12, to Sunday, July 15, and from July 19 – 22 at the Antioch College Amphitheater, 759 Corry Street, starting at 7:30 p.m., with a special performance at 6 p.m. on July 20 in downtown Yellow Springs as part of the Dayton Street Cirque Carnival.  Tickets are $10 for adults and $5 for students. 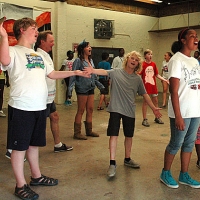 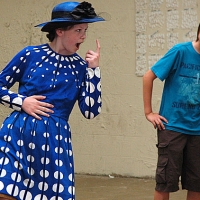 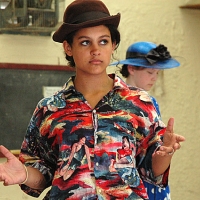 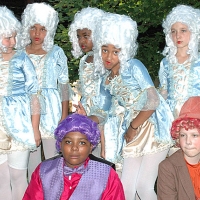 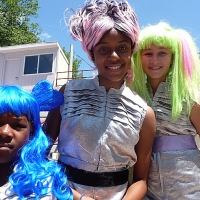 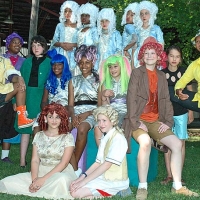 “There are no rules since it hasn’t been done before,” Fleming said of his original work, written specifically for Yellow Springs kids. The show includes dances from the 18th, 19th and 20th centuries, songs from Mozart to 50s pop and a cast of characters that are an amalgamation of people in Mozart’s Marriage of Figaro and the Marx Brothers’ 1938 film, A Night at the Opera.

See the July 6 edition of the News for the full story.