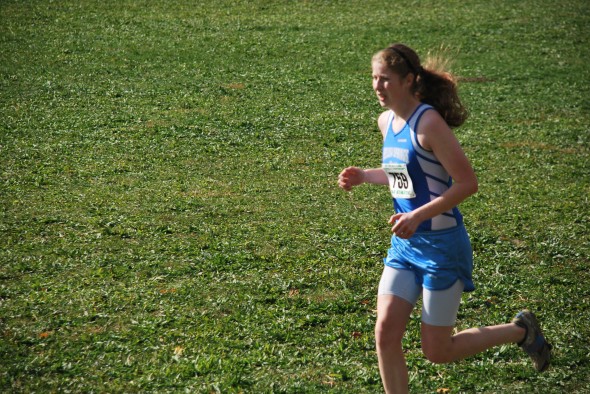 Lois Miller placed a career-best fifth at regionals on Saturday to qualify for states. (Photo by Aaron Zaremsky)

For the second time in her high school career, senior cross country runner Lois Miller will toe the line at the state finals in her sport.

On a cold Saturday afternoon at the regional finals, held in downtown Troy, Miller sped to a fifth-place finish out of 124 runners in a fast 19:44, leading her team to a 13th place finish.Clinching states was even more sweet since Miller, a team co-captain, failed to qualify for states in her junior year after taking the trip as a sophomore.

Though as the team the Bulldogs failed to qualify for the state meet, it was an impressive showing nonetheless. The team was only the second in Yellow Springs High School history to qualify for regionals. The last time a girls cross country team did so was in 1998.

Read more in the Nov. 1 issue of the News. 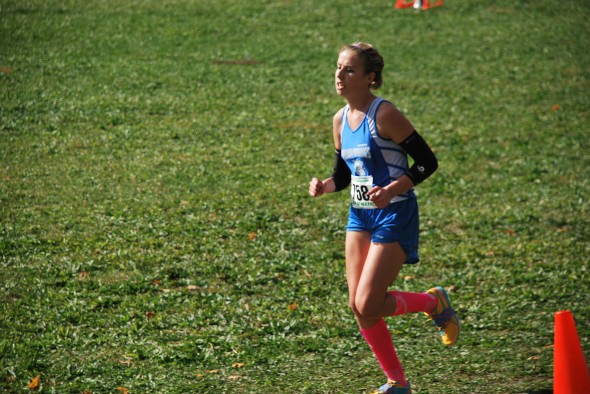 Co-captain Alex Brown finished in 75th place for the Bulldogs, who came in 13th as a team. (Photo by Aaron Zaremsky) 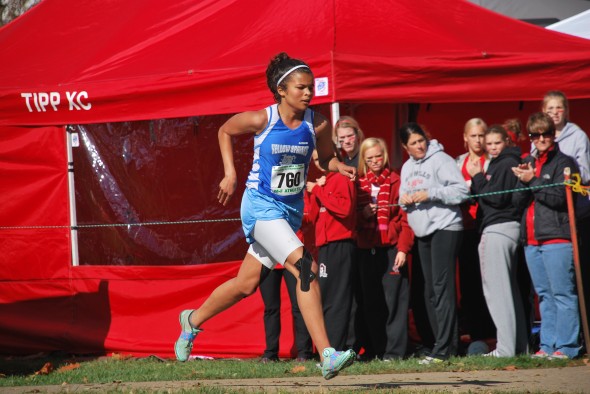 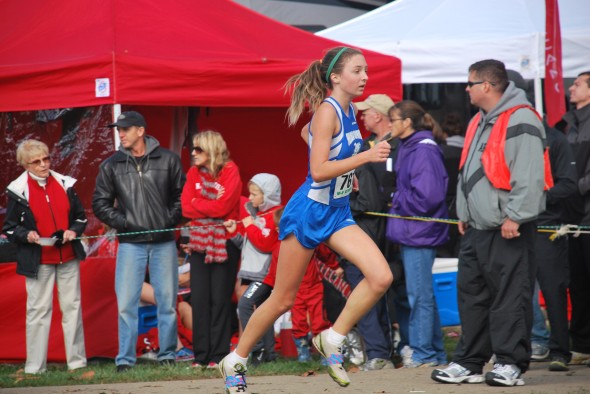