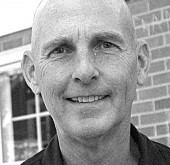 Yellow Springs Senior Center Director David Scott resigned his position on Oct. 31 after two years at the helm of the organization, citing personality differences between himself and the board of trustees. Scott, 63, said he plans to remain in Yellow Springs and enjoy his retirement spending time with his 95-year-old mother and walking his dog, Suzette.

“It has been a wonderful two years and we have made much progress” at the Senior Center, Scott said last week. “We have an entirely new board of trustees, and they have the right to choose their own leadership team to face the serious challenges facing the center as it seeks a new location for its activities.”

On Tuesday Bob Huston, president of the YSSC’s board of trustees, acknowledged the differences in leadership style between Scott and the board, but said he thought “we were working it out.” Scott, not the board, made the decision to leave, Huston said, adding that during his tenure Scott had led much positive change at the YSSC, including gathering support and momentum to begin planning the expansion into a larger space.

“David helped to get us all moving in the same direction” to retain a consultant and start conceptualizing the needs for a new space, Huston said. In addition, Scott’s vision to position the center to serve an ever increasing number of “life-long learners” was one the board embraced.

“His vision is one we grasped onto and went with — it’s a very good one,” Huston said.

Under Scott’s leadership the YSSC experienced a pattern of growth. The organization grew by about 20 percent each year in the number of people served, the number of activities organized and the number of rides provided for local seniors to doctor’s appointments and the grocery store. But during that same time, both staffing levels and the budget remained relatively flat, around $300,000 per year. The all part-time staff was doing a “wonderful job doing more with less,” Scott said. But he also wanted the center to grow at a rate that matched the growing number of seniors in the village, which meant increasing funds to do so.

“The center was repositioning itself to serve new clientele, the [Baby] Boomers, as life-long learners and participants in community think tanks,” he said. “The idea was that all the people who grew up in the ’60s and ’70s wanting to save the world were finally going to get to do it in their 60s and 70s.”

But the nine-member board wasn’t necessarily keen to move as quickly as it was Scott’s nature to do, both Scott and Huston said this week. The board is a relatively new group, with just one member who has served for more than two years. The members were just figuring out the needs of the organization and how to serve them, especially how to fundraise for a new facility that will likely need to be more than twice the size of the current one.

“We’re a new board, and we were all coming up to speed with figuring out what the demand is for services and the possibilities for long-term funding sources,” Huston said. “David just had a headstart on everybody.”

Scott saw that his pace was perhaps too fast for the board.

“The job was getting bigger and bigger and becoming less and less part-time,” he said of his three-quarters time position. “But I can’t do this job part-time, my nature is I’m all in.”

Scott grew up in Yellow Springs and graduated from Antioch College in 1972. He had worked for 25 years as an historic preservationist for museums and historic centers around the country before coming “home” to join the YSSC.

He feels good about the work the Senior Center was able to accomplish over the past two years. And he said he felt the center still had the momentum to keep going forward.

“I don’t want this to affect that — the Senior Center is still a healthy, very good organization.”

This week the board named Amy Crawford interim executive director of the Senior Center. Crawford has served as the Home Assistance Program coordinator for the past eight years and will continue to work with the center’s new social worker Erika Mahle to assist members with Medicare open enrollment and other services during the leadership transition, according to Jalyn Roe, vice-president of the Senior Center board.

The Senior Center is also developing a Strategic Planning Team to plan for the future and build on some of the ideas that Scott had implemented during his tenure, including a new interactive facility.