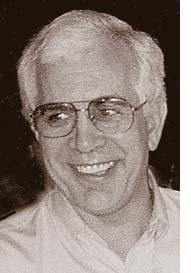 Longtime resident Henry (Hank) Cates died at home after a two-year-long illness on March. He was 71.

Hank was born in Sand Gap, Ky., and moved to Dayton in 1949. After graduating from the University of Dayton in 1964, he joined the Marine Corps, rising to the rank of captain and serving two tours in Vietnam.

Upon his return to civilian life, he worked at Delco Moraine as a quality control engineer until his retirement in 2002. After retirement, he worked as a consultant, traveling on assignment to Brazil, China and Australia. Hank received his master’s degree from University of Dayton in 1984 and taught science and technology and leadership classes at the McGregor School at Antioch College for 13 years.

In 1974, Hank received his third-class radio license and began to share his great love of classical music, especially opera, with listeners on WYSO. He was the host of the Metropolitan Opera broadcast for nearly 30 years, first on WYSO and then on WDPR. He served on the board of the Dayton Opera and WDPR for many years, and also was on the Celebration Committee for the Dayton Opera.

Hank was a natural born problem solver — the more impossible, the better. He could fix anything, and restored his family’s cabin near Berea, Ky., log-by-log. For enjoyment, he built boats and furniture.

He was a writer of poetry and stories as well, including a complete opera libretto. He was an avid reader, enjoying science fiction, mysteries, musical histories and westerns. Many will remember Hank as a teller of jokes — often of the groaning variety. He found his idea of heaven while vacationing on the Isle of Skye in Scotland.

Hank is survived by his long time companion, Marianne Britton of Yellow Springs; by his children, Brian Cates of Austin, Texas, Maureen (John) Byrne of Hilliard, Ohio, and Jason (Lisa) Cates of Baton Rouge, La.; by their mother, Patricia Henrich and by grandchildren Fiona, Aidan and Liam Byrne, along with many siblings and a large extended family.