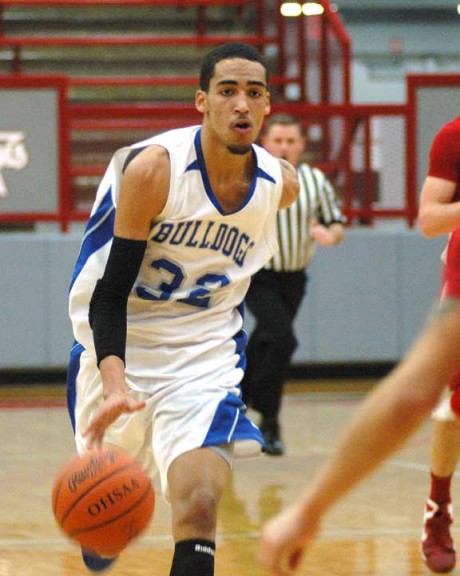 The varsity girls basketball team, going further in the season than they have in 25 years, were finally derailed yesterday in their bid for the Division IV District title. Up against powerhouse Tri-Village, ranked number five in the state by the Associated Press Poll, the Lady Bulldogs fell 55–31 to end a massively successful year for Yellow Springs girls basketball. Senior Maryah Martin led the team with 23 points.

YSHS boys basketball blew past Arcanum 59–49 in Tuesday night’s Division IV sectional game, only to fall for the third time this year to Troy Christian in the sectional final Friday night. The score was 69–40.

Against Arcanum Roland Newsome led the Bulldogs with 24 points, followed by PJ Russell with 17. Against Troy Christian the Bulldogs, short one player, were led by Newsome and Wesley Moultrie who had 11 points each. Robbie Jones had 8 points, and Cameron Miles put up 5 points.