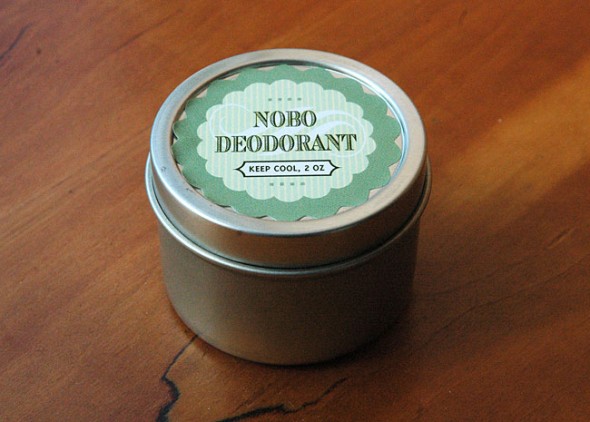 An organic, locally made deoderant that works is now available for retail in the village.

Though it’s a fact of life, people don’t like to talk about body odor. That’s an assumption Adriene Kramer confirmed when she first began polling friends and acquaintances about the deodorants they used and the effectiveness of the various brands.
“Talking about deodorant really freaks some people out,” she said this week from her home on Hustead Road.
But being the physically active, health-conscious consumer of a lifetime of disappointing and sometimes toxic products, Kramer was committed to working through the embarrassment to find a natural deodorant that worked. She needed one that didn’t have the dreaded aluminum (a known neurotoxin), triclosan (a hormone disruptor), or other harmful ingredients found in antiperspirants and many commercial deoderants. And after giving up on finding one already in commercial production, she decided she would have to make her own.
Using online recipe suggestions, Kramer quickly settled on a formula involving three simple ingredients: coconut oil, baking soda and arrowroot powder. She calls her product NOBO deoderant, which is currently offered for retail sale in the village at both Yellow Springs Chiropractic and at the Sidedoor Salon. Despite their reluctance to talk about it, so far consumers have been extremely pleased with the product’s results. And Kramer, who teaches and rides horses at the Riding Centre full time, is one of the toughest critics.
“I’m at the barn every morning and every afternoon, and I sweat,” she said. “With my deodorant, I don’t stink at the end of the day, and neither do my clothes.”
Kramer has always liked to cook, and her experimentation in the kitchen grew after she began working at Yellow Springs Chiropractic part-time and intensified the attention she paid to her physical health. Kramer doesn’t eat dairy, and her husband doesn’t eat gluten, so she began substituting ingredients in recipes and became more and more creative in the kitchen. The experimentation started with desserts such as raw zucchini cheesecake and zucchini almond butter brownies, and it led to not only NOBO deoderant, but to homemade laundry detergent, homemade dish detergent, and homemade toothpaste — all using many of the same indispensable ingredients coconut oil, baking soda, washing soda and white vinegar.
Though she doesn’t plan to sell the cleaning products yet, Kramer plans to keep her deodorant well stocked in three different essential oil scents, including lavendar-lemongrass, sandalwood-pine, and floral calm. There is also a variety without scent added. And for those who don’t mind reusing their tins, Kramer offers refills at deep discounts, which can be arranged through email at nobodeodorant@gmail.com.
Though her product is completely natural and safe, Kramer does caution consumers that the low melting temperature of coconut oil means that if consumers want the product to be solid, it must be refrigerated in weather above 76 degrees Fahrenheit. Otherwise, liquid NOBO works just fine. 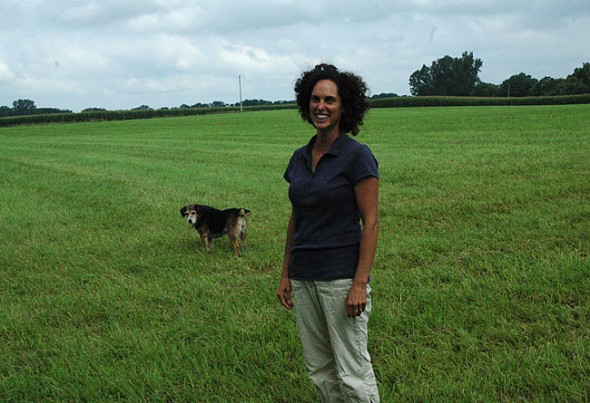 Kramer with Sadie in the back yard of her home, where she makes her natural products.