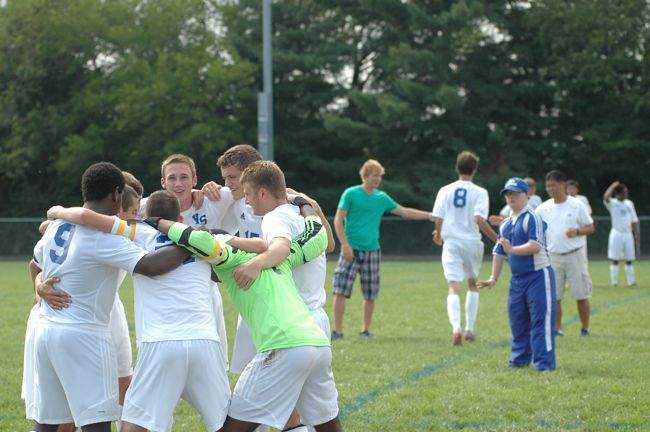 Members of the 2013 YSHS boys soccer team huddle before a recent match. The team clinched an MBC title this week.

The Bulldogs, who are an undefeated 3–0 in the conference, are guaranteed at least a share of the Metro Buckeye Conference championship. Last year they were co-champs with Dayton Christian. The last time YSHS won the conference title outright was in 2008.

On Saturday night, YSHS defeated Lehman Catholic at home in a 4–0 decision to move to 8–1–1 on the season.

Last week the team beat Miami Valley 2–1 in a critical conference matchup. Ian Chick and Joe Plumer scored for the Bulldogs, both assisted by Hafiz Mensah.

The next home game for the boys soccer team is on Thursday, Oct. 3, at 6:30 p.m. against Dayton Christian.