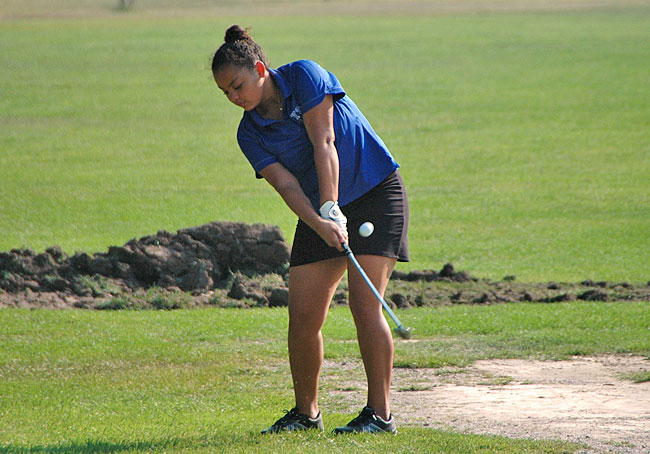 YSHS senior Rachele Orme led the girls golf team in its first win in school history on Wednesday. She scored a low 39. (Photo by Lauren Heaton)

Last Wednesday the first ever Yellow Springs High School girls golf team got its first ever victory, a 211–247 win over Waynesville at Locust Hills Golf Course.

YSHS senior Rachele Orme led her team with a low nine-hole score of 39. Orme, who has played from the boys tees for most of her high school career, last year was a regional qualifier. Taylor Beck added to the victory with a 54, as did Camara Cross (58), Cecelia Comerford (60) and Molly Brown (68).