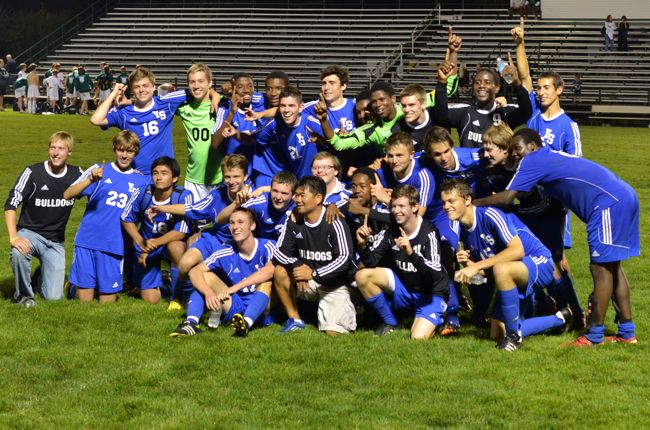 It was a spectacular week for the YSHS boys soccer team. With two clutch victories, the Bulldogs grabbed a conference title and defeated the #4 ranked team Division III in the state. Improving to 11–1–1 on the season heading into the tournament, YSHS ended Metro Buckeye Conference play an undefeated 4–0.

On Thursday night the Bulldogs faced Dayton Christian, the only team that could have robbed them of an outright conference title, but prevailed 3–1 at home. Goals came from Bulldogs Joe Plumer, Jared Scarfpin and Ian Chick.

Earlier in the week, YSHS traveled to the ranked Central Catholic, one of the Bulldogs’ biggest rivals, and took them down 2–1.

Read the Oct. 10 issue of the News for the fully story.