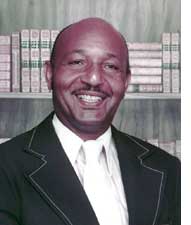 James Franklin Smartt passed away on Friday, Oct. 18. He was 86.

James was born on Dec. 19, 1926, to the late James Floyd Smartt and the late Sylenna Marie Thompson in Big Springs, Tennessee. James, who was referred to as “Tug,” was educated in the Bradley County school system. Upon graduation, he attended Tuskegee Institute, where he was taught by the renowned George Washington Carver. It is there that he earned a bachelor’s and master’s degrees with honors. James was a member of the Omega Phi Psi Fraternity and also a Lions Club member. James taught for several years in the Georgia public school system. In later years, he relocated his family to Yellow Springs. He was employed at Wright State University, Dayton public schools, Wilberforce University and Central State University, where he retired as Dean of Students.

James accepted Christ at an early age. He was a member at Trinity AME where he served as a trustee. James later transferred his membership to Central Chapel AME in Yellow Springs. James was joined in marriage to Catherine Howell on June 1, 1951 in Swainsboro, Ga. He was a loving husband, father, grandfather and great-grandfather. He was devoted to his family and friends. There wasn’t anything he wouldn’t do for them. James was encouraging, considerate and kind. He was a man of his word, had a great sense of humor and touched many lives.