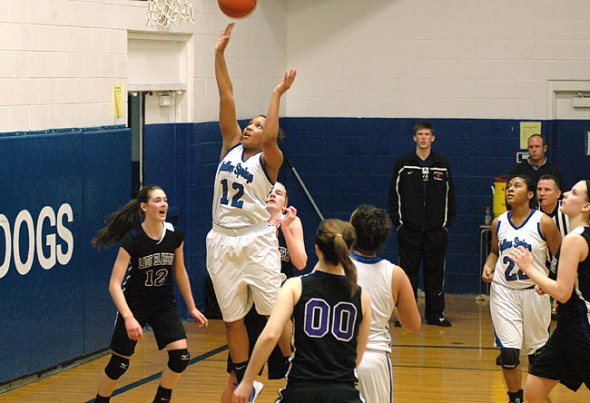 Kennedy Harshaw, a YSHS forward, turned a sharp pass from Shanice Wright into two points for the Lady Bulldogs in the team's loss last week. (Photo by Megan Bachman)

On Friday the YSHS girls varsity basketball team earned a win at home against conference foe Emmanuel Christian. The Lady Bulldogs improved to 6–6 (4–3) with the 44–29 victory over the visitors, who remain winless in conference play. Ahead at the the half 21–10, YSHS extended the lead in the third quarter, out of reach of Emmanuel Christian.

Last weekend, the YSHS girls basketball team hosted Cincinnati team Landmark Christian and lost 54–38 despite a close first half. The team got 13 points from Elizabeth Smith, eight each from Shanice Wright and Kennedy Harshaw, and six from Brianna Ayers. Some game photos: 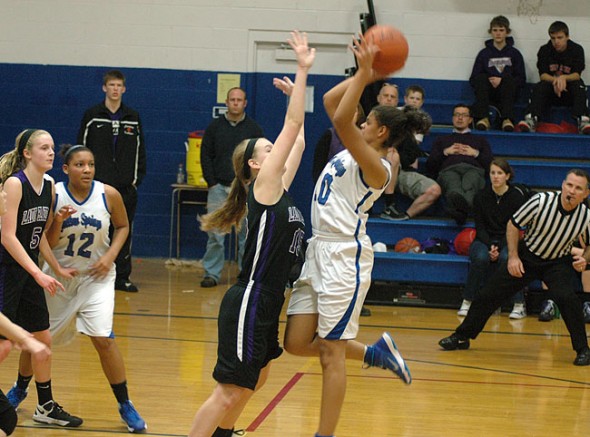 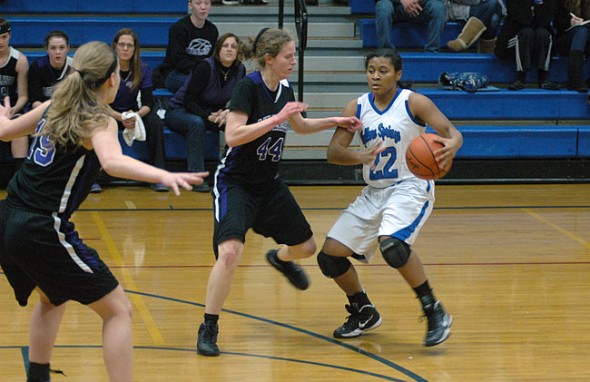 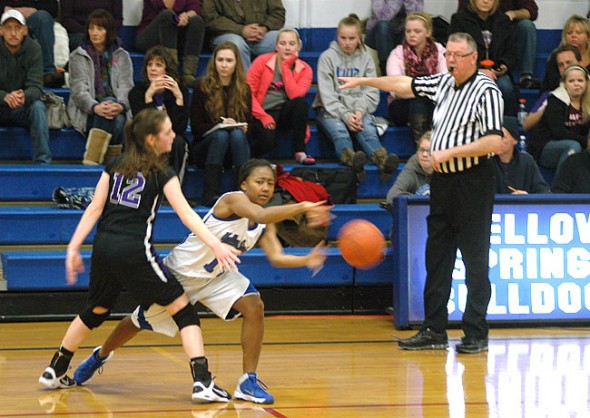