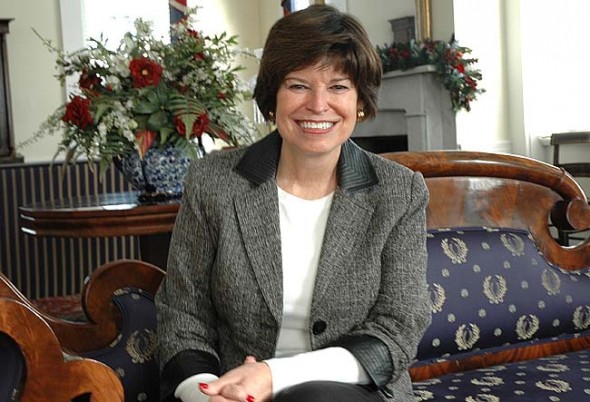 Villager Sharen Neuhardt, a Democrat, will be the running mate of gubernatorial candidate Ed FitzGerald in challenging John Kasich in Novermber’s election.

Neuhardt and FitzGerald are scheduled to hold a kick-off rally in downtown Dayton tomorrow, Jan. 18, according to the Dayton Daily News website.

Today, Jan. 17, Neuhardt confirmed that she is on the ticket in an interview with the Daily News and Springfield News Sun. FitzGerald asked her to join his campaign last week, she said, and she wants to run due to what she perceives as the state’s faltering economy and the Republican leaders’ dismissal of women’s health issues. Neuhardt ran unsuccessfully for public office twice before, against former Congressman Steve Austria in 2008 and against Congressman Mike Turner in 2012. However, she was credited in both cases with running strong campaigns against incumbent Republicans in a largely Republican district.

Neuhardt is a longtime business attorney with the Dayton firm Thompson Hine. She and her husband, David, were instrumental in saving Whitehall Farm in Yellow Springs.

For a more detailed story, see the Jan. 23 issue of the News.