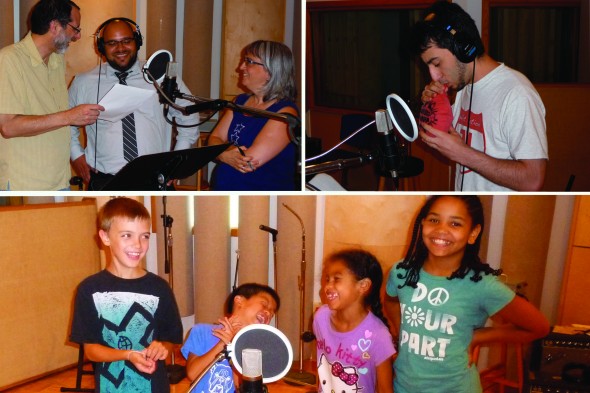 New app by Yellow Springs residents is a gas

According to a recent press release: “The family’s app production involved hours of sidesplitting conversation regarding the precise look of 26 different ‘AlphaButts’ and their associated sounds. Also developed was a bonus feature that allows users to create their own gassy tunes.”

The app was conceived by Mike Fleishman, an author and illustrator, whose sketches for the app were in turn developed into the final illustrations for the app by son Max Fleishman, who graduated from Wittenberg University last year with an art degree with a concentration in graphic art and illustration. Joanne Caputo, wife to Mike and mother of Max, co-directed the app’s development and recorded the app’s English language narration, with Benny Vazquez, branch manager of U.S. Bank in Yellow Springs, providing the Spanish language narration. Also giving voice to the app were village kids Shaylee and Nevaeh Smith and Kenji and Tyson Housh. The audio was recorded at SoundSpace in Yellow Springs.