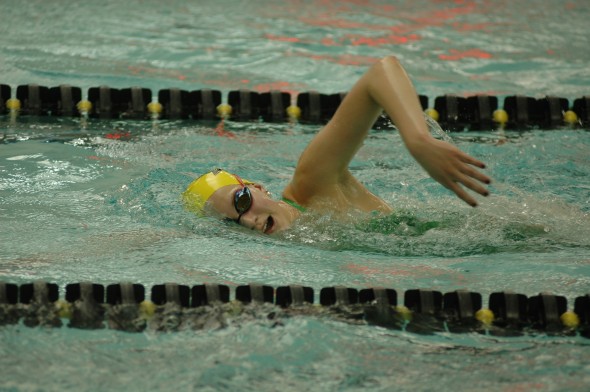 Yellow Springs High School freshman swimmer Olivia Chick ended her first season as a Bulldog with a pair of top 10 finishes at the state finals.

During an impressive freshman season, Chick chased her older sister Erika’s school records, and in January, finally bested Erika in the 100-yard freestyle with a new record of 55.41, which she improved to 51.25 at districts (Erika, who graduated in 2012, still holds seven individual YSHS swimming records).