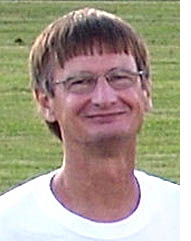 Vince Peters, the Yellow Springs High School/McKinney School cross country and girls track coach for more than 30 years, resigned unexpectedly at the end of March. The resignation was announced at last Thursday’s school board meeting.

Peters resigned because his wife was offered a job in Chicago, and the family needed to move immediately, he wrote the school board in a letter last week. Peters did not return phone calls seeking comment.

Peters had coached many regional, state and national track and cross country champions, including Sam Borchers and his daughter, Tina, a nationally ranked race walker. He also coached the Miami Valley Track Club since 1979.

Peters also served as a substitute bus driver for the school district.

He will be replaced at the high school by McKinney School Coach Isabelle Dierauer and by Peter Dierauer as McKinney girls coach.