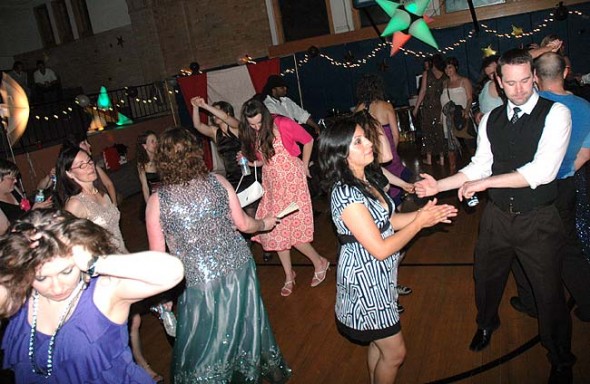 Around 180 villagers, including Minerva and Alex Bieri, at right, donned their most glamorous attire for the Hollywood-themed Yellow Springs Adult Prom on Saturday night and danced the night away. (photo by Megan Bachman)

This year’s prom queen was Gayle Sampson and the prom king went only by “Risky Business” for the outfit she based upon Tom Cruise’s character in that film. Other creative outfits were the Dude from “The Big Lebowski” and Phillip Seymour Hoffman. Yellow Springs Browns Backers, which organized the prom, raised around $2,700 for Yellow Springs Kids Playhouse during the annual fundraiser.