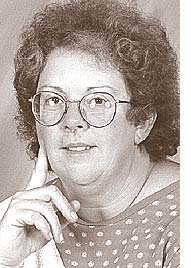 Lynda Triplett Clark of Flemingsburg, Ky., passed away Tuesday, June 24, at her residence. She was 61.

Lynda was born Feb. 20, 1953 in Dayton, the daughter of the late Normal and Mildred Taylor Triplett. A graduate of Fairborn High School in Fairborn, Lynda also attended Maysville Community College. She was a licensed beautician and once won an award for cutting the most hair in one day, and she was also a Headstart teacher with Licking Valley. An avid reader, Lynda loved her family, especially her grandchildren, and was a very proud grandmother. Lynda is survived by a son, Joseph (Anna Evans) Roberts of Flemingsburg; a daughter, Faye Ellen Roberts of Tabasco, Mexico; three grandsons, Austin Smith, Brandon Martinez, and Damon Smith; a brother, Robert Michael (Thad) Triplett of Yellow Springs; two nephews, Christopher (Rachael) Triplett, and Nicholas Triplett; three nieces, Claire Triplett, Mary Triplett and Katie Triplett; and a sister-in-law, Stephanie Triplett. Besides her parents, she was preceded in death by a brother, David Norman Triplett. Funeral services were held Tuesday, July 1, at the Carpenter-Fritz and Vice Funeral Home, officiated by the Rev. Lowell C. Rice. Burial was at Goddard Cemetery, Goddard, Ky.