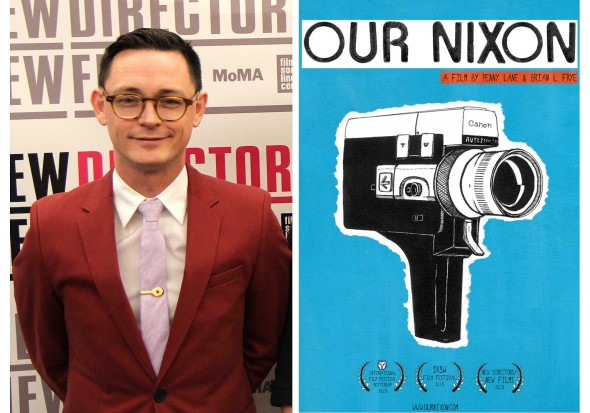 Documentary filmmaker Brian Frye (left) is coming to Antioch College to show a free screening of his and Penny Lane's 2013 film.

Documentary filmmaker Brian Frye will give two presentations, both free and open to the public, on Thursday, Aug. 14, at Antioch College.

Frye first will unpack his filmmaking process in a 6:30 p.m. master class that will feature short films made by him and others who inspire him. The class will be conducted in room 113 of McGregor Hall.

Then, at 9 p.m., he will present a screening of the multiple-award-winning documentary “Our Nixon” on the lawn of the campus “horseshoe,” in front of the main administration building. The movie, which portrays “Nixon’s peculiar place in the American psyche,” includes Super 8 film footage shot by top White House staffers.