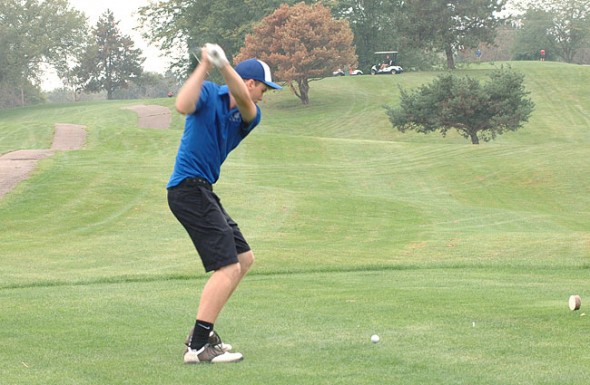 The YSHS boys golf team came in 15th place during a tournament of 18 teams at Reid North Golf Course on Saturday, Sept. 6. The West Liberty Salem Tigers won the Christoff Memorial with a final score of 322. YSHS team finished with a 403.

The top Bulldog golfer was Zeke Reichert, who shot an 88 on the course, including a low score of 43 on the back nine. He tied for 33rd place. Liam Weigand shot a consistent 46 on both the front and back nine to finish with a 92.

Kyle McAnerney finished with a 99 and Danny Grote shot 124. Dylan Dietrich also played, finishing with a 135, but only the team’s low four scores are counted.