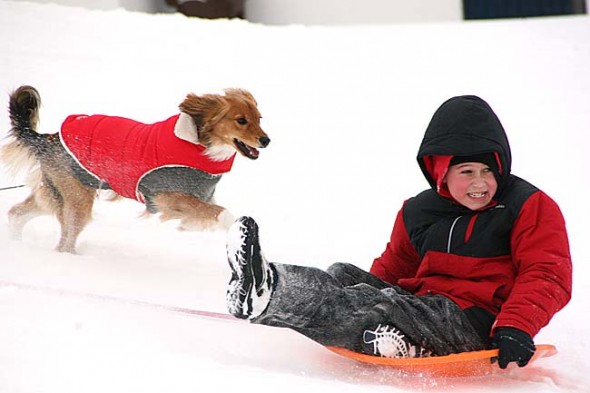 This photo by Yellow Springs News photographer Suzanne Szempruch won second place in the Feature Photograph category at yesterday's annual contest for weeklies at the Ohio Newspaper Association convention in Columbus. The News won the top award in its size category.

The Yellow Springs News won the Newspaper of the Year award in its size category yesterday at the annual convention of the Ohio Newspaper Association held at the Hilton Polaris in Columbus.

The honor marked the fifth year in a row that the News won the top award, which is given to the paper with the most wins in smaller categories. The News won honors in the categories of in-depth reporting, feature writing, original columns, sports coverage, news photography, feature photography, special edition, community service and web site. Submissions came from papers published between August 2013 and August 2014, and judges were professors from journalism schools across the state.

The annual ONA convention brings together both daily and weekly newspapers in Ohio, and about 200 were represented at this year’s event.