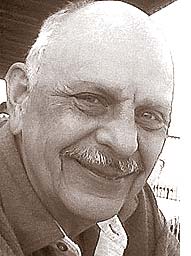 Louis R. Michea III, of Fernandina Beach, Fla. and formerly of Marietta, Ga., passed away on June 10, 2015, surrounded by his loving family. He was 73 years old.

A loving husband of 32 years to Janet Michea, a father to three, a grandfather to four and a friend to all, Lou was a gentle soul who always had time for a smile and conversation for everyone. He was a man not defined by the long hours he worked or the possessions he obtained, but by the love and wisdom he had to share.

Born in Pittsburgh, Penn., he was the second child to Katharine and Louis R. Michea II. As a young boy, he moved to Taneytown, Md., where he graduated from Taneytown High School in 1959. He went on to major in engineering science at Antioch College, in Yellow Springs. Upon graduation, Lou accepted a position with Lockheed Martin, in Palmdale, Calif., and worked with the prestigious Skunk Works ® initiative. After transferring to Marietta, Ga., in 1969, Lou eventually left Lockheed and spent the next 33 years working as a financial planner in insurance and investment sales as a Certified Life Underwriter. Adding to his engineering degree, he earned a Master of Business Administration from Kennesaw State University in 1999, and later became the Director of Operations at Cherokee Benefits Group, in Woodstock, Ga., from 2004–2010. He also has been a seasonal senior tax advisor at H&R Block in Marietta, Ga., and Fernandina Beach, Fla., since 1990.

Always by each other’s side, Lou and Janet moved to Fernandina Beach in 2008 and enjoyed volunteering their time and efforts to Wild Amelia and other nature and animal organizations, as well as spending time with friends. After five years of major health challenges, illness took his body but never his sweet smile, loving spirit and quick wit. He was a role model of love and patience for his family, and he leaves them strong with love, guidance and everlasting gratitude.

A memorial celebration of his life, in Fernandina Beach, Fla., will be announced at a later date. In lieu of flowers, donations can be made in his name to Cats Angels (www.catsangels.com) and Audubon Florida (fl.audubon.org).

Please share his life legacy and leave your condolences and memories at http://www.oxleyheard.com.