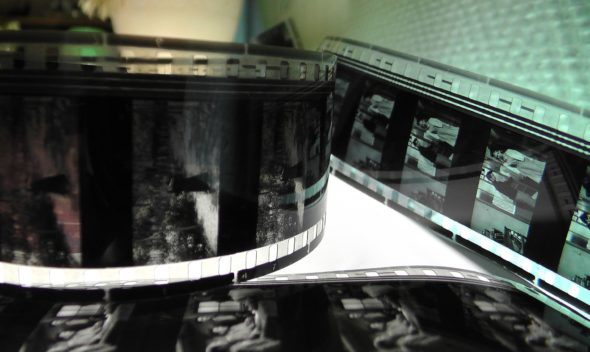 The Asbury Shorts Concert 35th anniversary show will screen at the Little Art on Oct. 6 and 9.

The Asbury Shorts began in Westbury, N.Y., in a church basement near Asbury Avenue. The short film project was dreamed up in 1980 by a group of young people who included Doug LeClaire, who has stayed with the project since then and who is now the head and director of the Asbury Shorts. The project has had staying power for so many years, according to LeClaire, because it’s a chance that doesn’t often come along.

“Since short films are not regularly screened in the local movie cinema on any kind of a regular basis, shorts are sort of like carnival acts that roll into town: a rarity not always available,” said LeClaire via email last week. “[I]t’s so rare to be able to sit for a couple of hours and view international, festival award-winning short films on a real cinema screen, in a theatrical atmosphere, as opposed to YouTube or Vimeo or smart phones, etc.”

“We call Asbury Shorts a ‘concert’ as opposed to a traditional film festival because we give attendees an opportunity to see award-winning shorts from the past as well as some current global festival hits — a mix of old or ‘classic’ with some new. Old hits, new hits: just like a music concert. We don’t believe in awards at Asbury Shorts; let the film festivals hand out the accolades.”

This year’s selections include festival winners and Academy Award nominees, including a mix of comedic, dramatic and animated films in its lineup. LeClaire mentioned some personal highlights of this year’s program:

“‘Bridget’ is a very short comedy from New York City-based married filmmakers David Eisenberg and Kaela Wohl. We see a young woman who is experimenting with online dating for the very first time, but unfortunately, she’s having an extremely tough time getting past the first stage of choosing a user name. … [It] gets a bit frustrating, yet hysterical.”

Then there’s “Rust,” a short documentary that follows an artist in Nova Scotia, Canada, who creates pieces from found metal in and around his property.

“He lets the metal pieces rust,” said LeClaire, “to achieve a certain look and, in his words, ‘[let] nature become my co-creator.'”

“We’re excited about returning to Yellow Springs for a second year, especially during our 35th anniversary tour,” said LeClaire. “We’re happy to be working with Jenny Cowperthwaite and the good folks at the Little Art Theatre once again.”

Tickets for the Asbury Shorts Concert’s screening at the Little Art are available at the box office and online at http://www.littleart.com/events/35th-anniversary-asbury-short-film-concert.