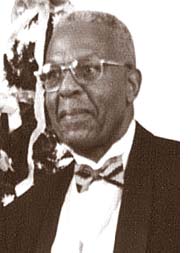 Orlando Vernon Brown, age 88, went home to be with the Lord on Tuesday, Oct. 18, at Friends Care Nursing Home in Yellow Springs. He was born on Jan. 14, 1928, the son of the late Alonzo Owens Brown and Hester Williams Brown.

Orlando was born in Colliers, W.Va., and raised in Triadelphia, W. Va., graduating from Lincoln High School in Wheeling, W. Va., in 1945. He and his wife, Maude, moved to Yellow Springs in 1955.

Orlando was known as a jack-of-all-trades. He put those talents to work by assisting in the laying of sidewalks throughout the village during his early years in Yellow Springs, laying tile in his church and doing a variety of repairs in both his home and rental property.

During his retirement years, Orlando enjoyed managing his rental property, traveling, and working in his yard. He touched many lives during his 88 years on this earth and will be missed.