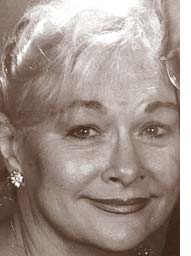 Carol graduated from Fairmont High in Kettering, then graduated from Miami University of Ohio in 1967 with a Bachelor of Science degree in education.

In March of 1968, she married Michael F. Ehman. She was a dedicated wife and mother whose family relocated several times to Ohio, Illinois, California, Texas, Pennsylvania and Utah, then retiring to Maine in 1999.

She enjoyed volunteering, tennis, gardening, reading, caring for her “critters” (dogs) and especially spending time with her grandchildren.

She is survived by her husband of 48 years Dr. Michael F. Ehman, of Saco; a daughter, Heather Ehman, of Saco; a son, Matthew Ehman, and his wife, Kerriann, of Erie, Pa.; and two grandchildren, Juliana Lynn and Darrin Matthew.

A memorial and celebration of life will be held in Portland, Maine during the summer of 2017, with arrangements to be announced.