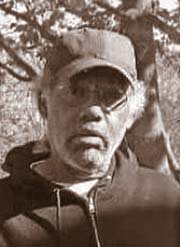 Junior graduated from Yellow Springs High School in 1970; shortly thereafter he completed mechanical trade school in Columbus, Ohio. Junior was employed at Vernay Labs, managed service stations in Huber Heights and Springfield, Eddie’s Drive Thru and DHL in Wilmington. However, Junior made his biggest impact in the community as a self-employed contractor, JR Construction, performing a variety of tasks ranging from concrete and masonry to construction and excavating. The sense of urgency in completing a task was not a priority for him but rather developing a relationship with his customers was of paramount importance. Junior had a strong interest in computers, old school music, photography and tinkering with anything that was mechanical. His love of family and willingness to help out those in need was the norm rather than the exception for Junior. He was a jack of all trades and found no task too difficult. Junior also had a strong affinity for cats and on occasion would take care of stray cats.

Junior was his own person and known by many for his unique brand of humor and wit. His quick one liners, nonsensical comments and melodic and offbeat tunes were enjoyed by all in his presence. He knew no strangers and even during his recent illness he was able to bring a smile and laugh to unsuspecting caretakers. His recollection of events and stories of the past made him a local icon as he often served the role of town jester.

The service for Edward Benton Jr. will be held on Friday, Dec. 30, at Central Chapel African Methodist Episcopal Church, 411 South High St. in Yellow Springs. Visitation will be 2 p.m. until time of service which will be at 3 p.m. with Pastor Michael Cooper officiating.