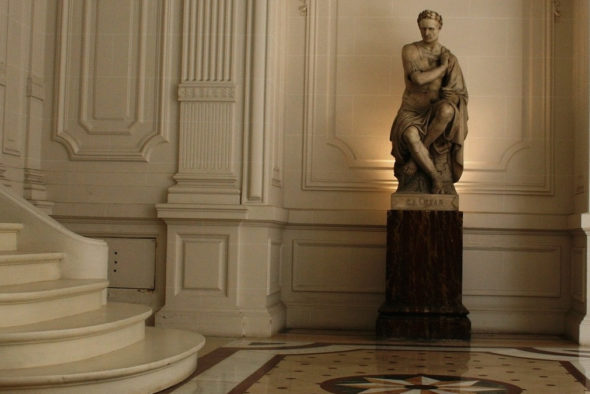 YS Theater Company will hold auditions for "Julius Caesar" on March 27 and 28.

The YS Theater Company will hold auditions for its upcoming production of Shakespeare’s “Julius Caesar” on Monday and Tuesday, March 27 and 28, 7–9 p.m., at Antioch University Midwest.

According to a press release from YS Theater Company: “Set in a modern world, ‘Julius Caesar’ explores the rise of a populist leader in a republic which has lost touch with its people, headed by a divided Senate which struggles to govern. Directed by YSTC Artistic Director Lorrie Sparrow-Knapp, this year’s Shakepeare offering will be part of the YSTC sponsored, ‘Stand Up to Power’ Celebration, highlighting local music, dance and theater artists who use their voices to highlight social and political injustices within the culture and the world.”

Auditions will consist of cold readings from the script; those who would like to audition but who will be unable to audition on the set dates are asked to email Sparrow-Knapp at ystheatercompany@gmail.com.

“Julius Caesar” will be the YS Theater Company’s second summer Shakespeare offering; in 2016, the company performed “Much Ado About Nothing” outdoors at Antioch College. “Julius Caesar” is set to be performed outdoors July 16, 17, 23 and 24. For more information on YSTC, visit http://www.facebook.com/ystcohio.