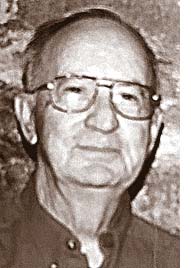 Ken was born Oct. 12, 1927, in Toluca, Ill. to Charles E. and Agnes (Kerr) Ryan. He was raised in Chicago and graduated from Thomas Kelly High School. He joined the U.S. Coast Guard on Feb. 1, 1946. Later he worked with the U.S. Border Patrol near Kingsville, Texas. In 1954, he married Judith A. Kluge and they had three children. Ken spent his career in sales and then made deliveries for Shumsky Enterprises for 14 years, retiring from full time work at age 79.

Ken was an avid reader and completed daily crossword puzzles. He had a joke for every occasion and possessed a wealth of knowledge. He enjoyed annual fishing trips to northwestern Wisconsin with the entire family. He was a good man, a wonderful father, and was always willing and able to help. Since 2006, Ken lived in Yellow Springs and was a dedicated volunteer driver for the Senior Center for many years.

He was preceded in death by his parents; his former wife; dear sister-in-law Maria H. Ryan; and his brother and sister-in-law, Dennis P. and Sylvia Ryan. He is survived by his eldest brother Charles E. Ryan, Jr., of Fairborn; son Timothy P. Ryan, of Riverside; daughter Cathleen J. Ryan, of Dayton; and daughter Amy L. Crawford and her husband Mark, of Yellow Springs. Also surviving are his grandchildren Kelley J. Ryan, Louis G. Ryan, Matthew T. Crawford and wife Ana, Samuel P. Crawford and Grant R. Crawford. He is also survived by sister-in-law Suzanne Kluge, of Wisconsin, and many nieces, nephews, family and friends.

A memorial service to celebrate Ken’s life will be officiated by Pastor Rick Jones on Saturday, April 29 at 4:30 p.m. at the Yellow Springs United Methodist Church, located at 202 S. Winter St. Donations in his memory may be made to the Greene County Council on Aging or Ohio’s Hospice of Dayton. The family is grateful to these organizations for their loving care.