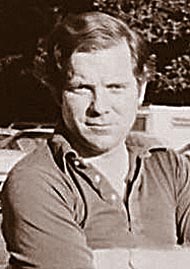 Michael Henry Bush, 68, died Saturday, Aug. 26, in Athens, Ohio. Born Feb. 5, 1949, in New York City, Mike was a long-time Yellow Springs resident. Mike will be remembered for his incisive wit and uncanny ability to tell a good story. He was an avid reader and student of history. He spent much of his last years in the happy company of his grandson Tyson.
Mike was preceded in death by his parents, Dixon and Virginia Bush; and his former wife, Rebecca Robinow. He is survived by son George, his wife, Katrina, and their son Tyson; and son Clayton and his wife Susy, of Las Vegas, Nev. He is also survived by his brothers James (Betsy Bott) Bush, Peter (Lynn Reeder) Bush, Charles (Debbie) Bush and John (Eliza) Bush, as well as seven nieces and nephews and seven great-nieces and nephews. A memorial service will be held in October.