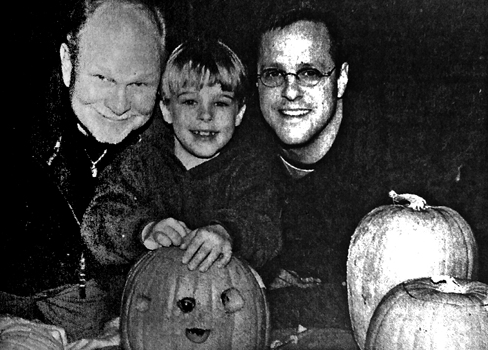 Welcome to Way Back Wednesday, a series of posts that dip into the archives at the YS News to bring a little nostalgia to the midweek slump. Today’s post comes from the Oct. 25, 2001 issue of the News.

This time 16 years ago, YSHS was getting ready to perform its fall play, “Lend Me a Tenor.” The brief News write-up mentions a relatively small cast and a relatively large crew for the production. Back in present day, opening night is again approaching. This year, however, marks the first expansion of the fall production into the Bulldog Theater Festival, which will feature two productions over two weekends. McKinney eighth graders will join YSHS students to present Luke Yankee’s “The Last Lifeboat” Thursday–Saturday, Oct. 26–28, at 8 p.m., with a matinee at 2 p.m. on Sunday, Oct. 29, at Mills Lawn. YSHS juniors and seniors will present Sarah Ruhl’s “Eurydice” Thursday–Saturday, Nov. 2–4, at 8 p.m., with a matinee at 2 p.m. on Sunday, Nov. 5, at the Glen Helen Vernet Ecological Center. Each production will run only one weekend; tickets are $12 — students and seniors are $7.

That week, Weaver’s grocery store was already gearing up for the year-end’s biggest holidays, offering “free range, fresh turkeys” — which one assumes only means that they weren’t frozen, not that they were still alive and gobbling.

It was also during this time that the Dayton Street area had just undergone a large and long — and occasionally contentious —overhaul, which included the widening of sidewalks and the now-well-loved landscaping that faces Corry Street. Folks came out to celebrate the reopening of the street with some fall fun and gear up for the spookiest night of the year.

Speaking of which: here in 2017, there the ghosts and ghouls are fast approaching, with the YS Zombie Walk this Saturday, Oct. 28 — festivities begin at 5 p.m. on Corry Street, and the walk itself will begin around 9 p.m. Admission donations will benefit the John Bryan Youth Center, the YS Food Pantry and YS Home, Inc. Beggars Night will be held Tuesday, Oct. 31, on Halloween night, from 6 to 8 p.m. with bonfires around town; check this week’s issue of the News for a full list of those locations.

The last item on this week’s Way Back is a letter reminding folks that village kids, while out collecting treats — or tricks — for their tummies, would also be collecting change to donate to UNICEF. While the dates and numbers involved in this nearly-two-decades-old letter may have changed, the essential details are still relevant: children will again this year be collecting money for UNICEF. So on Tuesday night, if you’ve got your light on and a bowl of treats ready to pass out, consider also keeping some spare change — or, if you’re so blessed, cash — ready for the kids who carry the little orange boxes.

Lend Me a Tenor cast 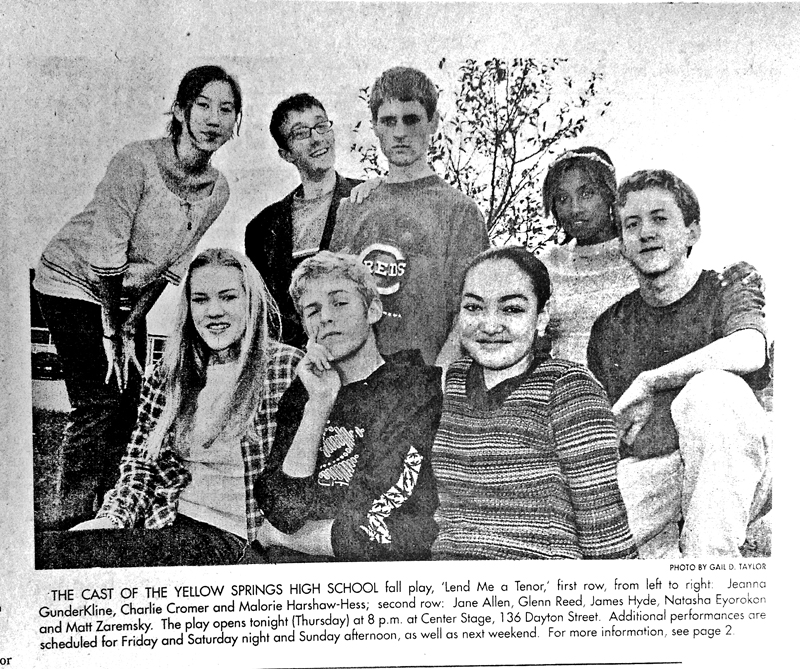