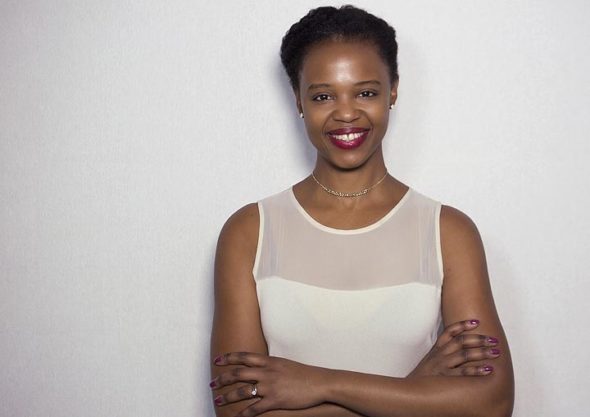 Yellow Springs native Monica Drake, a New York Times journalist, was recently promoted to assistant managing editor, a position that appears on the venerable paper’s masthead. She will oversee new digital features and products for the paper. She traces her love of writing to her childhood in Yellow Springs. (Submitted photo)

From VYS to the NYT

In early December, the New York Times elevated Yellow Springs native Monica Drake to its masthead as an assistant managing editor who will oversee the paper’s new digital features and projects.

In a note to Times staff, Dean Baquet, executive editor of the Times, and Joe Kahn, managing editor, said, “Having Monica join the masthead is a testament to the importance of her new job and our belief that the Times newsroom should play a leading role in our economic future. … But it is also a tribute to the fact that she is one of our strongest newsroom leaders and should have a voice in our discussions and hiring, promotions, and coverage.”

According to Drake, her main job will be overseeing digital projects for the Times.

“It means figuring out what new digital tools are available that might be good for journalism, and then launching big projects and stories,” she said in an interview last week.

In January, Drake, formerly the Times  senior travel editor, will add a new chapter to the legacy of travel writing when she sends an enterprising writer on a one-year global excursion to cover the Times’ 2018 picks for its “52 Places to Go” column. More than 9,000 people have applied for the job, and in the next few weeks, a future Joseph Conrad or Henrietta Kingsley will pack up and embark on what can only be called a dream job.

“The applicant pool was really diverse in terms of every demographic measure,” Drake said. “It ranged from college students to retirees who wanted to do part of the trip with their kids.” To cover all 52 places in 52 weeks means the roving reporter will pretty much have to hit the ground running, interviewing, writing and filing each story in just a few days. “We’re pretty close to choosing the right person,” she said.

Along with the “52 Places to Go” column, Drake will also be overseeing “Surfacing,” a cross-platform column that will focus on subcultures around the world.

“This will be the first cross-platform column the Times has done,” Drake said. “And that’s because we’ve usually had somebody go and write stories and then later on we figure out if we should add a video or a photograph or put something on social media.

“This is the first time we’re hiring one person who can do all of that and has a plan for the stories they report,” she said. “It will be someone who has a hand in what the stories will look like regardless of where you come across them.”

One abridged version of the story could appear on the Times’ website, while a longer version could end up in the print version.

“I wrote a poem for graduation day, and I read it out loud, and I could hear people responding to certain things,” she said. “And that was the first time I thought of writing as something that you do not just on your own for fun, but for reaching an audience — something that can touch an audience and will have a reception.”

But her love for reading was already well established in childhood.

“As a kid I loved reading and I loved writing short stories,” she said. “I was kind of obsessed with it. That was pretty much all I wanted to do.”

After graduating from Yellow Springs High School in 1990, Drake left town to further her education, graduating from Yale University and Columbia’s school of journalism. That led to an internship at the Times in 1998 and a position as copy editor in 2001. Afterwards, Drake worked on the Times’ Culture Desk before becoming senior Travel editor.

“I didn’t know I wanted to be a journalist until I worked in publishing for a few years and realized that I didn’t like it,” she said. Afterwards, Drake thought about going to law school.

“I proofread legal books, which were so not interesting to me. I realized I couldn’t go to law school because I couldn’t study those books. Then I went to journalism school and got my internship at the Times.”

While Drake loves her job and her life in the Big Apple, she has fond memories of her home on Omar Circle and living in Yellow Springs during the 1980s.

“As a kid I think it’s the ideal place to grow up,” she said. “There are a lot of people who are mixed race, and people who had parents who were same sex partners.”

From her perspective, Yellow Springs was a town with a lot of diversity and acceptance.

“I certainly felt that no matter who you were, there was a way to fit in,” she said. “I was pretty focused on school when I was there, and I was an extremely shy teenager. I wasn’t hanging out with all the popular kids. But regardless of what I was interested in, I felt like I was accepted and that I belonged.

“It’s great to have a small community, and because I live in New York City, which is so vast, the sense of community you have in Yellow Springs is something I really cherish,” she said.

Drake remembers going to school with the comedian Dave Chappelle, who was a grade behind her.

“Some of my classmates knew him well enough that when we took our senior trip to New York they snuck out to see him perform,” she said.

As an accomplished journalist, Drake offers some advice for aspiring writers.

“It sounds kind of trite, and this is what people used to tell me sometimes, but it’s true: You have to write literally every day,” she said.  “Even if it’s just a sentence or a paragraph, you need to get used to the idea of thinking in words and then writing. That’s the biggest advice I can give.”

And she adds one more suggestion.

“I would also give the advice to make sure you’re not only concentrating on good sentences and clear sentences, but really working on having a sense of story, like building characters. Those simple elements of story telling are really enduring.”