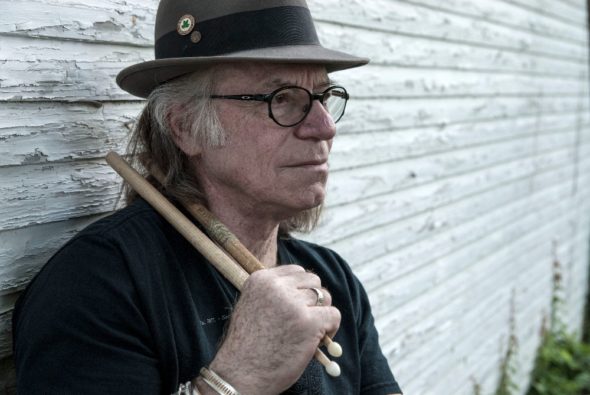 Local drummer Greg "Duke" Dewey, an alumnus of several influential psychedelic 60s bands, has put out a retrospective of his work. (Photo from Dewey's GoFundMe page)

A surprising number of rock ‘n’ roll legends have come from, or through, Yellow Springs. Rock and Rock Hall of Fame Inductee Richie Furay, founding member of Buffalo Springfield and Poco, was born here. Jorma Kaukonen of Jefferson Airplane and Hot Tuna went to Antioch College. So did the late Mia Zapata of the influential Seattle punk band The Gits. Drummer Cindy Blackman, who played with Lenny Kravitz and is married to Carlos Santana, also hails from the village.

Another from the annals of local rock history is drummer Gregory “Duke” Dewey, best known as the drummer for the psychedelic ’60s San Fransisco band Country Joe and the Fish. Dewey, who grew up here and also lives in town, recently released a greatest hits album spanning his 50-year career with numerous acts, including Mad River, which formed at Antioch College before moving to Berkeley, and the bands Grootna and Bodacious DF, with Marty Balin of Jefferson Airplane. Dewey crowdfunded close to $5,000 to produce the “retrospective collection,” which is available at his GoFundMe site. 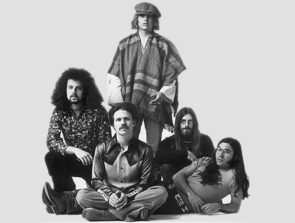 Country Joe and the Fish during the Woodstock Era. Dewey is second from the right. (Photo from Dewey’s GoFundMe page)

Dewey performed with Country Joe and the Fish before a crowd of 500,000 at Woodstock, and can be seen in the eponymous film. In an interview for the Dayton Performing Arts Alliance, Dewey described the scene:

“Once at Woodstock, the crowd just kept getting bigger and bigger, it didn’t seem to stop getting bigger, not ’til it rained… but that did not stop the concert.

I know, because while it was raining and no one was playing, I decided to play. I am a drummer, I play a totally acoustic instrument, and my drum heads had been made out of plastic instead of cow hide, for years, since I was in ninth grade at the Bryan High School, Yellow Springs, Ohio. They were virtually waterproof. I asked my equipment manager to set my drums up, I could play for the audience, and it wouldn’t electrocute me… I don’t have to plug in!”

Check out Dewey from the film Woodstock (1969): 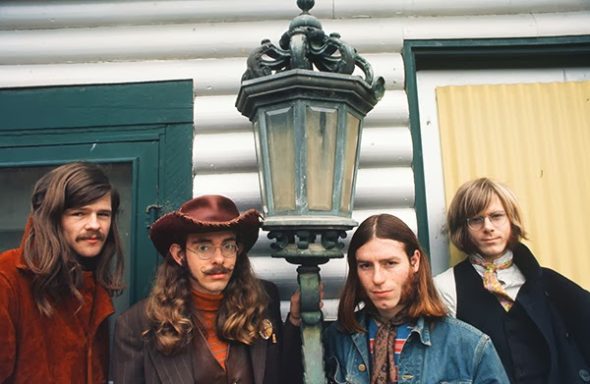 Dewey is second from right in this picture of the ’60s band Mad River, which formed at Antioch College in 1966. (Photo from Dewey’s GoFundMe page)