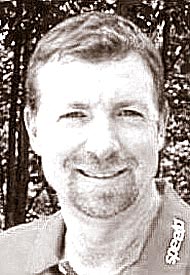 A fond collective memory of the Laughlin sibs was that, utilizing his trusty bike and Long Island Press newsboy basket, Big Ter assumed the role of “friendly neighborhood go and get it man” when their parents left the house for an evening out. Courtesy of his tips-financed forays to the local deli, the Laughlin kids were occasionally able to feast on mass quantities of normally forbidden sweets.

Music featured prominently in Terry’s life. His musical tastes were eclectic and he introduced many artists to the rest of the family, among them, Leon Russell, Loudon Wainwright III, Sly and the Family Stone, Bonnie Raitt, Greg Brown and Tom Waits. His all time favorite band was Steely Dan, who like most of his other favored artists, satisfied his appreciation of ironic wit and sarcasm. To the end of his life, Terry could be counted on to burst into song without provocation, shouting out lyrics to a constant playlist, whether on short jaunts to local haunts or on long journeys. “Is there gas in the car? Yes there’s gas in the caaar … !”

Having picked up the skill at an early age, Terry was a voracious reader, perusing anything he could get his hands on, whether cereal boxes, Mad Magazine or “Hardy Boys” books. This evolved into a lifelong love for the written word, which resulted in his writing several groundbreaking books on swimming, as well as a very popular blog.

Terry was known for his optimism, intelligence, compassion, generosity and sense of humor.  To the endless amusement of his daughters, nieces and nephews — not to mention any adults in the vicinity — Terry would give highly anticipated readings of children’s books, employing funny faces, dialects and gestures to bring the characters to life.

The book that was most influential to Terry was George Leonard’s “Mastery.” Terry lived a “Kaizen” philosophy, which conveys the idea that a true master never really attains mastery, but works continually on improvement. He had a passionate and curious nature about everything and everyone he met. As well as being a student of life and philosophy, Terry was a guide and mentor to many, always inspiring others to find opportunities to discover their own passion. He was the quintessential embodiment of “do what you love, love what you do.”

Terry accomplished many impressive personal goals including, among others, two marathon swims around Manhattan Island, participant in a relay swim of the English Channel, long-distance swim-treks across the Straits of Gibraltar, and from the island of Corsica to Sardinia. In addition, he won the National Masters Open Water Championships at four distances and broke national records in the 1-mile and 2-mile cable swims.

As the innovator of a method of swimming that allowed many thousands of people to find ease and pleasure in the water, he was a noteworthy presence in the swimming world. Adding to that legacy, the most repeated phrase in tributes subsequent to his death was, “Terry changed my life.” To honor Terry, a number of memorial swims are scheduled around the world over the coming year.

Terry was preceded in death by his parents, John and Pat. He is survived by his wife, Alice McHugh Laughlin, and his daughters Fiona, Carrie (Rich Loveland) and Betsy, all of New Paltz, N.Y.;  brothers Stephen (Denise Edkins), of New Paltz, and Sean (Cheryl) of Atlanta, Ga.;  sisters Moira (Jerry Papania) and Pegeen (Kim Korkan), of Yellow Springs, and Tara, of New Paltz; as well as 11 nieces and nephews, including Eamon and Rourke Papania and Maeve Korkan-Laughlin, of Yellow Springs.