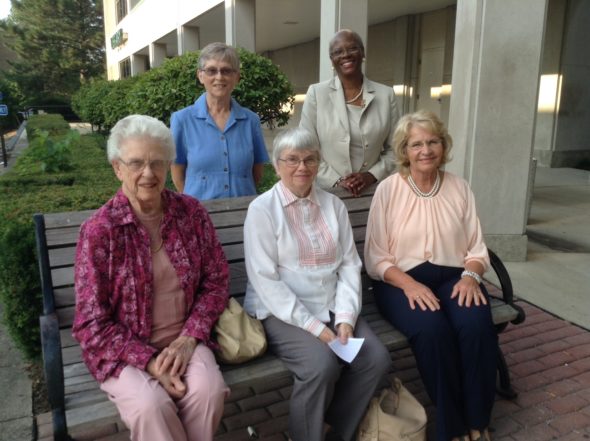 The Greene County Women’s Hall of Fame is currently seeking nominations. Members of the community are encouraged to submit nominations for outstanding women who deserve recognition in their home county. Nominations are being accepted now through June 30. The 37th Annual Recognition Day luncheon will be held Saturday, Sept. 22, at Walnut Grove Country Club.

The Greene County Women’s Recognition Day and Hall of Fame was organized in March of 1981 to annually honor women of Greene County, living or deceased, who have contributed to the county’s betterment. Over the years, many Yellow Springs women have been named to the Hall of Fame, including, in the last several years, Alyce Earl-Jenkins, Joan Horn, Phyllis Lawson Jackson, Aida Merhemic, Macy Reynolds, Susan Stiles and the late Mary Agna.

Nominees must either be native-born Greene Countians or currently residing in the county with at least a 10-year residence. The organization is composed entirely of volunteers whose efforts are focused on bringing recognition to deserving women and is endorsed by the Greene County Commissioners.