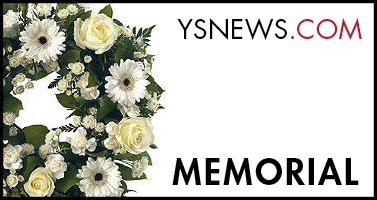 Ann was born on Aug. 19, 1938, to her parents, Bill and Alice Hoffman, in Hartfort, Conn. She grew up in Yellow Springs and attended Bryan High School, where she graduated in 1957. She complete two years of college at Miami University in Ohio, prior to marrying her husband, Ted, on Halloween in 1959, immediately departing for Ted’s 20 years in the US Air Force. The family finally settled in Riverside, Calif., where Ann taught ESL at UC Riverside for 20 years.

Ann is survived by her daughter, Kim; her son, Robert; her husband, Ted; her sister, Alice; and her grandson, Ted. Services were held at the Acheson and Graham Garden of Prayer Mortuary, in Riverside, on Saturday, May 5