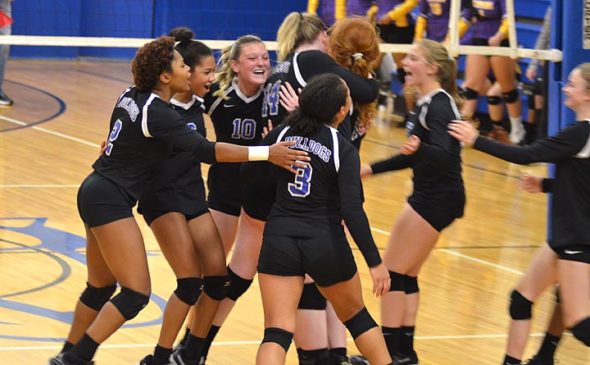 The YSHS girls volleyball team celebrated after clinching a share of the conference title Thursday night in Yellow Springs. (Photo by Megan Bachman)

It wasn’t just that the team earned a share of the Metro Buckeye Conference title with the win — nor that they dominated in a straight-set romp of the visitors.

It was that the YSHS squad clinched the MBC title share with a win against Emmanuel Christian, the very team that took the championship from them last year.

After winning back-to-back MBC titles in 2015 and 2016, the YSHS lost it in 2017. Now, they will at least share the title, and may win it outright, with two conference games left this season.

See the Oct. 4 issue of the News for the full story. 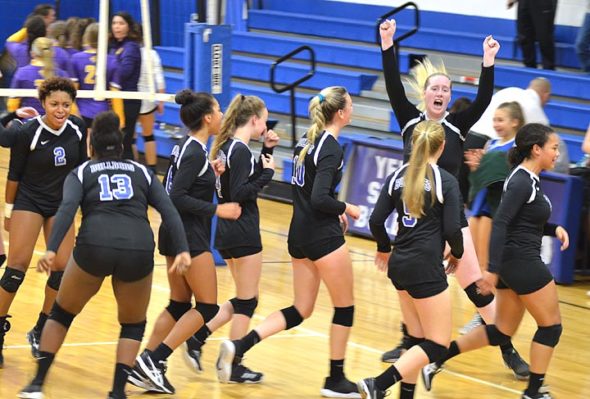 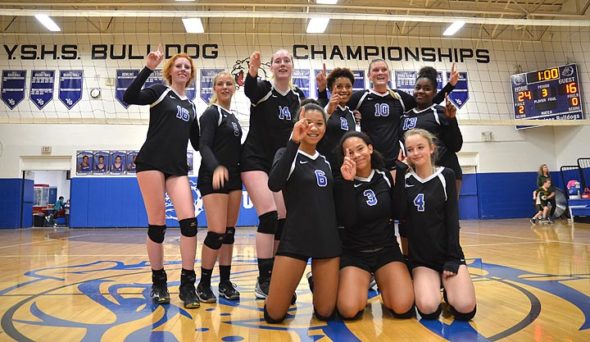 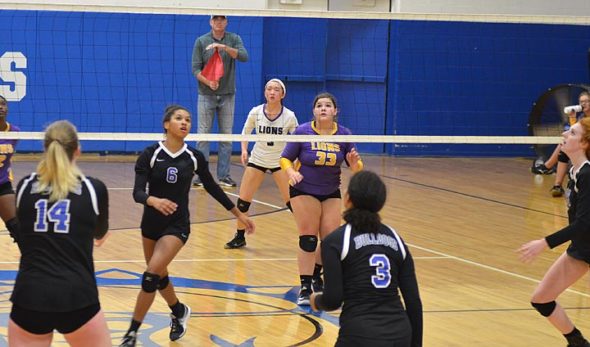 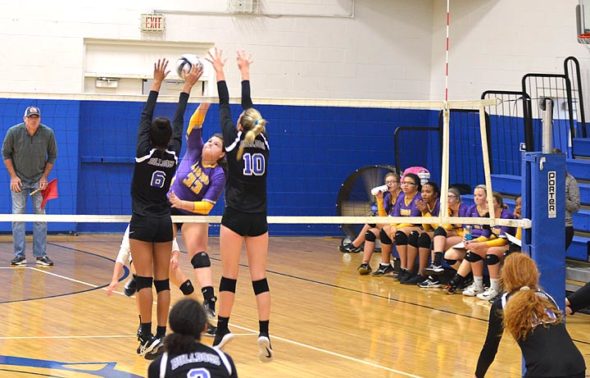 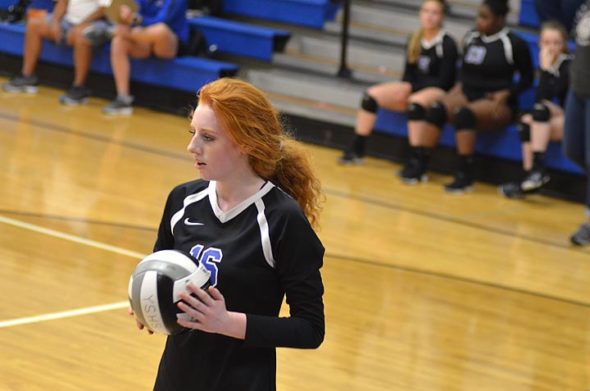