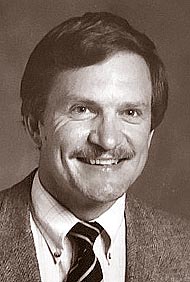 In addition to his wife, he is survived by his daughter, Tonya (David) Schildmeyer of Indianapolis, Ind.; his son, Fred Rose of Beavercreek; and his two granddaughters, Kaylin and Sarah Schildmeyer. Other survivors include siblings, Marjorie (John) Connors of Dixon, Mo., David (Bonnie) Fisher of The Villages, Fla., William (Donna) Fisher of Bucyrus, Ohio, and Michael (June) Fisher of Charlotte, N.C.; sisters-in-law, Marge (Robert) Barett and Kay (Ed) Pierce; and numerous nieces, nephews and cousins.

Bob graduated from Wittenberg University in 1964, where he was a member of the Lambda Chi Alpha Fraternity and the Shifters. He began his career in education in Xenia as a history and English teacher. After obtaining his master’s degree from The Ohio State University, he became a principal in the Sheffield Lake Schools. He then led an elementary school in Xenia and retired as a principal in the Fairfield Public School System, where his elementary school was honored as a National Blue Ribbon School.

Bob was a lifelong Lutheran and was active in the congregation of First Lutheran Church in Springfield. Singing in the choir and teaching both Sunday School and catechism classes were special ways he served his Lord.

Bob volunteered in state and national political issues. He will be remembered by all who knew him as a thoughtful and caring friend.

A gathering of family and friends will be held from 4 to 7 p.m. on Thursday, Oct. 18, in the Littleton & Rue Funeral Home in Springfield. A celebration of Bob’s life will be held at 11 a.m. on Friday, Oct. 19, at First Lutheran Church, with Pastor Aly Mazzei officiating. Burial will be in Byron Cemetery, Fairborn.