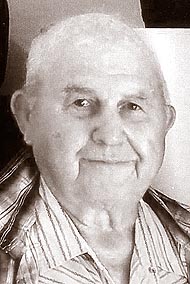 Services will be held at 10 a.m. on Friday, March 8, at Neeld Funeral Home, located  at 1276 N. Detroit St. in Xenia. Visitation will be held from 5 to 8 p.m. Thursday at the funeral home. Burial will be in Enon Cemetery. In lieu of flowers, the family asks that contributions be made to Ohio’s Hospice of Dayton, 324 Wilmington Ave., Dayton, OH, 45420, in Jim’s memory. Condolences may be made to the family at http://www.NeeldFuneralHome.com.

Things to remember: If you want to know where Jim is at, he’d tell you: “Before the at.”