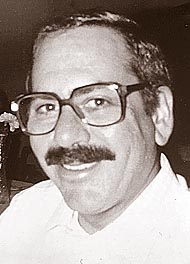 Mark graduated from Baltimore City College (High School) in 1961 and received a B.A. from the University of Maryland in 1965. His passion for education led him to Pennsylvania State University, where he received an M.A. in 1967 and a Ph.D. 1971, in political science. After completing his doctorate, Mark began his academic career at Wright State University in Dayton. He taught courses on the Middle East and statistical analysis methods applications in the social sciences. In addition to teaching, he held several administrative leadership positions, including director of the Office of University Research Services, assistant dean in the College of Liberal Arts and associate dean of Wright State’s School of Graduate Studies. He was the author of a widely used textbook, “Statistics for the Social Sciences,” currently in its third edition. Dr. Sirkin retired from WSU in 2008 as associate professor emeritus with nearly 40 years of service.

Mark was a proud academic who enjoyed teaching and debating world cultures and religion with colleagues, students and friends, and he was quite the entertainer at the family dinner table. He loved scenic drives through the mountains, countryside and the coasts, In & Out Burger, Maryland-style steamed crabs, cold beer, dry martinis with green olives, the song parodies of Allan Sherman and the WYSO Celtic music show ,“The Dear Green Place,” among many other things. Mark will be remembered for his wit, clever quips, jokes, skill at making his mom’s famous spaghetti sauce (recipe carefully kept in the family safe deposit box), meticulous attention to detail and strong commitment and drive to provide for his family. He will be missed.

Mark was preceded in death by his beloved wife of 28 years, Deborah Lee Wilder Sirkin, in 1996. He is survived by his daughters and sons-in-law, Edie and Robert Mitchell and Farah and Gary Asmussen; grandchildren, Alex Mitchell, Mischa Asmussen and Xavier Asmussen; brother and sister-in-law, Stephen and Diana Sirkin; sister and brother-in-law, Cynthia Sirkin and James Musser; several nieces and nephews and dear family friends.

The family will hold private services with arrangements in care of Jackson Lytle & Lewis Funeral Home. Condolences may be expressed to his family by visiting http://www.jacksonlytle.com. Contributions in Mark’s memory can be made to WYSO, Yellow Springs, Ohio’s community radio station, attention Luke Dennis, development director.