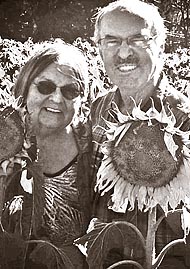 After graduating from Springfield High School in 1959, Pat worked at IH and R & M. He had worked at Schiff Shoes in Southern Village Shopping Center. In his Distributive Education, he was honored with an award for salesmanship. He enlisted in the National Guard, stationed at Fort Knox, Ky., and later at Fort Sam Houston, in San Antonio, Texas; he remained in the program seven years attending summer camp. Then he enrolled at the Ohio State University for three years majoring in business.

In 1965, he married his high school sweetheart, Joyce Elaine Allen, whom he had dated since 1956. He completed an apprenticeship program with Union Local 669, a western Ohio chapter of the IBEW. As a journeyman he worked in the Springfield area, ultimately joining his father’s company, Springfield Acme Electric, working there until he became ill. During his tenure, the company worked in both Community and Mercy Hospitals, the construction of London Hospital, Springfield’s City Building, the local schools, BCI, the new science building at Wittenberg and local factories, to name a few.

Pat assisted the plaza parties given then by the Jaycees, and designed temporary electric service to their events. After receiving approval from Underwriters Laboratories, his product was rented or purchased by convention centers throughout the country. He provided temporary electric power for Columbus Arts Festival; Red, White, and Boom; Short North Pride Festival; numerous marathons; Jazz and Rib; Dublin’s Irish Festival; and Five Rivers Metro Parks. Locally he worked for Holiday in the City and many other events too numerous to mention. This all stemmed from helping the Jaycees and later Johnny Lytle concerts at Davey Moore Park and serving on Johnny Lytle’s  board; likewise, doing the same with the Springfield Art Center and their annual Art Ball.  He provided lighting for the Tecumseh Council of Boy Scouts. As his retirement grew near, he was providing temporary electric power to Storm Services in disaster zones. Pat was a supporter of equal opportunity and his was the first local union company to hire an African American, John Stone. He helped people by suggesting the apprenticeship program opened opportunity, and changed their lives.

Pat was a person who loved people, and as he and his wife traveled here and abroad, he thought each journey revealed the character of the nation. These trips postponed having children until his mid-thirties.

Pat is survived by his wife Joyce; firstborn son Patrick and his wife, Rachel, and their children, Hazel and twins Justin and Audrey; second son Aaron and children, Andrew, Shawn and Reece; third child, a daughter, Elizabeth, who helped care for him daily as his illness progressed; and the youngest, Jacob, saw his father’s strength to fight the disease and brought them closer; his sister Mary Lou McCurdy; and numerous cousins. He was preceded in death by his parents and in-laws, Lester and Hazel Allen. Understanding that the numbers are growing, the family requests donations be made to Alzheimer’s research to find a cure.

Visitation will be Friday, Nov. 1, from 6–8 p.m., and for one hour prior to services in Richards, Raff & Dunbar Memorial Home. The service to honor Pat’s life will be Saturday, Nov 2., at 1:30 p.m., with Deacon Norm Horstman officiating. A reception will follow on the second floor of the funeral home. Expressions of sympathy may be made at http://www.richardsraffanddunbar.com.