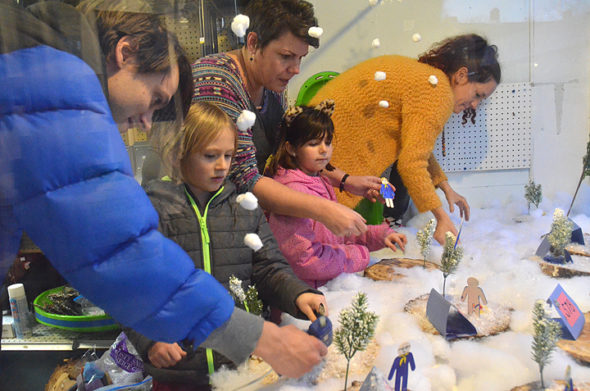 On Friday, Nov. 22, members of the Yellow Springs Cub Scout Pack 578 were spotted decorating a window at Yellow Springs Hardware. Logs for the snowy scene were donated by Jessie and Logan Moon; Ransome Phelps donated his chainsaw skills to slice the wood. The kids added their own touches to the project and were all proud of how it turned out. Yellow Springs Hardware co-owner Gilah Pomerantz had put out a request looking for groups interested in decorating. 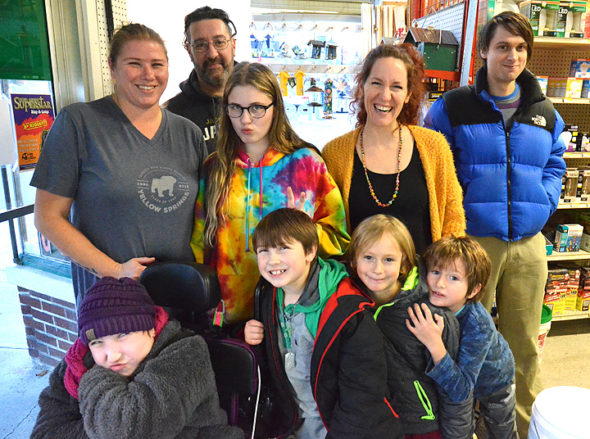 Topics: , holiday in the village