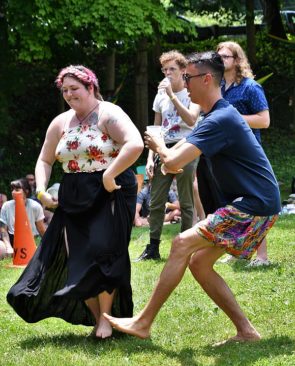 At the fourth annual Springsfest in July, two revelers dances in the early afternoon. (Photo by Kathleen Galarza)

• The third annual Cello Springs Festival was held in the village in January. In December, organizers announced that the event would likely move to June or mid-August in 2020, as the snow and ice of mid-January made attending the festival challenging for both audience members and performers.

• Villager and guitarist Mark Babb released his first solo album, “Rock That Cradle,” early this year. The album is a collection of songs originated by pioneering folk and country blues guitarists played in traditional fingerpicking style on acoustic guitar.

• YS native Greg “Duke” Dewey lent several personal items to an exhibition, “We Are Golden — Reflections on the 50th Anniversary of the Woodstock Festival and Aspirations for a Peaceful Future,” including the drum set he played at Woodstock with his band, Country Joe and the Fish. The exhibition was held at the Bethel Woods Center for the Arts in Bethel, N.Y., where Woodstock was held.

• Springsfest returned to the village in July, headlined by national act Deerhunter.

• In August, Dave Chappelle put together a celebrity-filled concert in Dayton’s Oregon District in response to the deadly mass shooting there earlier in the month. Billed as “Gem City Shine,” the free outdoor event featured a lineup of high-profile national performers, including headliner Stevie Wonder. More than 20,000 people attended the five-hour benefit, which raised money for victims and their families through donations and T-shirt sales. 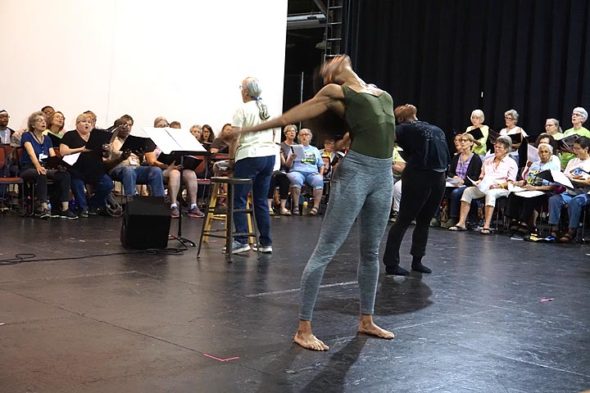 • The World House Choir performed a reprisal of Paul Winter’s “Missa Gaia” as part of its concert, “Our Planet — Our Lives,” in September. The concert also featured two original, commissioned pieces by American composers Norman Whiteside and Ayanna Woods, and dance performances by the Dayton Contemporary Dance Company.

• The second annual YS PorchFest was held Saturday, Sept. 14, featuring 44 acts across 23 sites around the village.

• The local all-women traditional band Heartstrings celebrated 31 years of music and friendship at its annual holiday concert at the YS Arts Council in December.

• Cellist Michael Fitzpatrick, who spent his childhood in the village, returned in December for a concert at House of AUM, with proceeds to benefit his nonprofit organization, Millenia Music. 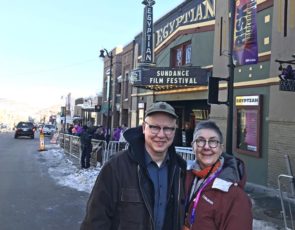 In late January, villagers and filmmakers Steve Bognar and Julia Reichert brought their documentary, “American Factory,” to Sundance, and came home with the Directing Award for U.S. Documentary.

• YSHS alum Michael Malarkey, who previously starred in “The Vampire Diaries,” embarked on a new role as Captain Michael Quinn in The History Channel’s “Project Blue Book,” in January. The show is based on a series of studies of the same name conducted by the U.S. Air Force on unidentified flying objects, or UFOs, beginning in 1952. The series was renewed for a second ten-episode season a few weeks after it debuted.

• In late January, local filmmakers Julia Reichert and Steve Bognar brought home the “Directing Award: U.S. Documentary,” for “American Factory,” their feature-length documentary, at Sundance. The film tells the story of cultural and political clashes after the purchase of a General Motors factory near Dayton by a Chinese billionaire in 2014. The film was later distributed by Netflix.

• In March, villager Joel Levinson presented the Yellow Springs debut of his feature-length comedy, “Boy Band.” The film was shot in 2016 in the Miami Valley, and followed the exploits of an aging boy band trying to record their sophomore album amid a mounting apocalypse. Levinson has since moved to California.

• In 2019, villagers and co-creators Cheryl Durgans and Elias Kelley, along with a team of village actors and crew, went into production on their web series “Little Village.” The show is billed as a coming-of-age story with elements of sci-fi and fantasy and a complex lore. The creators haven’t announced an official release date yet, but stated on the “Little Village” Facebook page in October that it was coming soon.

• In July, filmmaker Steve Bognar was invited to join the Academy of Motion Picture Arts and Sciences.

• The film “Hippie Family Values,” edited by villager and filmmaker Jim Klein, screened at the Little Art in July. The film, by Bev Seckinger, documents The Ranch, an intentional community in New Mexico.

• Late in 2019, former villager and author Fred Rexroad released “Whiz Tanner and the Mysterious Countdown,” the latest in his “Tanner-Dent” series. The books are mysteries for young readers, and follow young sleuths Whiz Tanner and Joey Dent through their hometown of Jasper Springs — which bears a striking resemblance to the village.

• On March 22, the board of trustees for Antioch Writers’ Workshop announced the workshop’s closure after 33 years. The workshop, which began in 1986 as a summer program at Antioch College, had moved from Antioch Midwest to University of Dayton in 2017.

• This summer, author and villager Barbara Fleming released “Chasing Isfet in the District,” the fourth novel in her Matthew Alexander detective series. She also wrote a play in three acts, “When Isis Comes to Dinner,” which grew out of the novel and relates closely to its plot. 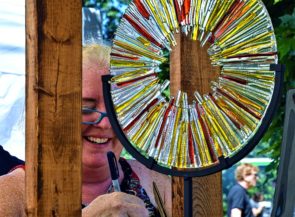 Kathy Woodruff at the 2019 Art on the Lawn. (Photo by Kathleen Galarza)

• The YS Arts Council, the Arts and Culture Commission and the YS Historical Society jointly exhibited “The Timeline Show,” an exhibition of artifacts and a timeline documenting the history of theater in Yellow Springs from the 19th century to the present. The exhibition featured headshots of Center Stage actors taken by the late Ron Siemer, props from YSKP productions, photo collages from school theater productions and more.

• In late January, “The Miller Brothers” An Enduring Legacy” debuted at the Herndon Gallery on the Antioch College campus. The exhibition, which highlighted the work and legacies of Dick and Nolan Miller, was curated by Jennifer Haack and Faith Morgan.

• A retrospective of the paintings and poetry of longtime villager Joseph Robinson was mounted by the YS Arts Council in April. Robinson, who died in 2012 at the age of 81, painted many storefronts and structures in downtown Yellow Springs, and his straightforward style earned him the nickname “Grandpa Moses” — after famous folk artist Grandma Moses — among family and friends.

• Villager and artist David Battle’s triptych painting “Trauma Reshaped” was featured on the cover of American Psychologist magazine in its May–June issue. Battle is well known as the artist responsible for 40 years of covers for The Antioch Review.

• The 38th annual Art on the Lawn was held at Mills Lawn in August.

• In August, the Wheeling Gaunt Community Room was unveiled at the YS Arts Council. The room features a mural featuring Gaunt created by artist and YS native Maiya Celeste.

• The YS Arts Council Gallery presented “Suffragists: And They Persisted!” this summer. The exhibition featured suffrage-themed art quilts created by members of the Miami Valley Art Quilt Network, and honored the 100th anniversary of women gaining the right to vote in the United States.

• The eighth annual Art & Soul fair was held in November at Mills Lawn, and featured a variety of artists and media. The money raised from entry fees benefited the YS Police Coat Fund, as well as a scholarship fund for students pursuing the arts after high school. 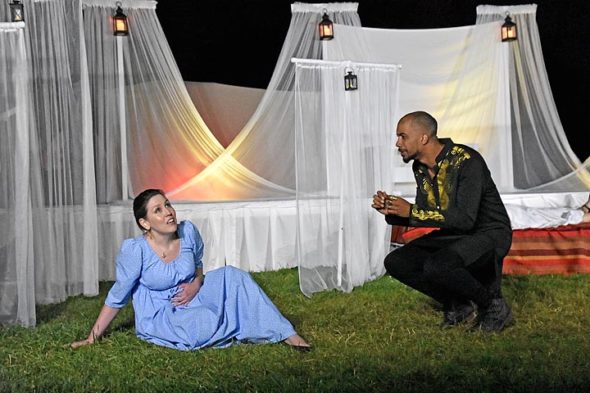 • The Dayton Contemporary Dance Company celebrated its 50th anniversary in January. Villager Richard Lapedes, who was board chair for the DCDC and who has been involved with the company for more than 35 years, received the International Association for Blacks in Dance’s distinguished leadership award for his work with DCDC.

• The annual 10-Minute Play Festival returned for its sixth year, and included a lineup of seven plays.

• In May, veteran writer and actor, therapist and Antioch College performance professor Louise Smith presented “DOROTHY LANE: a travelogue” at the Foundry Theater. The one-woman performance piece was written by Smith and inspired by her three years as a community mental health therapist in Dayton and Springfield.

• In July, YS Kids Playhouse returned for its 25th anniversary after a one-year hiatus with a revival of their 1998 production, “Bonanza Valley!” John Fleming, who retired from his position as YSKP’s executive director in 2014, returned to direct the show, which was penned by Louise Smith.

• The YS Theater Company’s annual Shakespeare Shindig returned in July with a staging of “Othello” on the grounds behind Mills Lawn.

• Actor, comedian and villager Dave Chappelle was awarded the 22nd Mark Twain Prize for American Humor in October at the John F. Kennedy Center for the Performing Arts in Washington, D.C.

• The YS Theater Company presented “Agnes of God” in November at the Foundry Theater.