A day after Greene County Public Health reported its second death from COVID-19, the health department reclassified the death.

On Wednesday, April 15, Greene County Public Health told the Dayton Daily News that after an investigation, the death was not related to COVID-19.

Previously, the health department reported that a 95-year old woman from Jamestown, who died in care at Hospice of Dayton, was designated as a “probable” case of COVID-19.

Reached for comment on Thursday, a health department spokesperson said the error was attributed to a “human error in reporting” and that the cause of death is currently unknown.

Greene County has one confirmed death from the disease, an 87-year-old Cedarville woman who died on March 26. As of Wednesday, April 15, there were 32 confirmed cases of COVID-19 in the county, leading to nine hospitalizations. 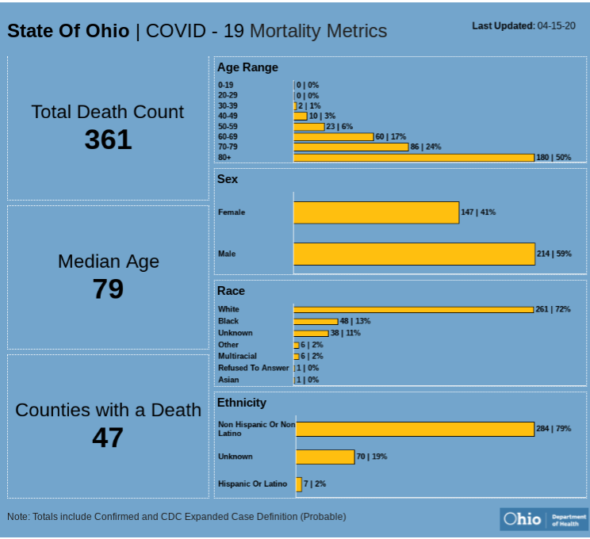