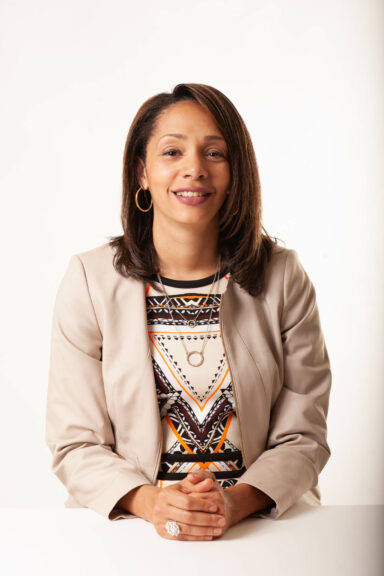 During a special online meeting of the Yellow Springs school board Wednesday, May 20, the board unanimously approved a two-year contract for Michelle Person, who will be coming to the district from Cleveland schools effective Aug. 1.

Person, currently the principal at Cleveland’s Charles A. Mooney Elementary School, joined the teleconference-style meeting from her home.

“I am super excited to be here,” Person said.

Board members enthusiastically welcomed Person, who will be filling the vacancy created by the impending departure of longtime Mills Lawn Principal Matt Housh at the end of the school year. Housh announced in March that he had accepted an administrative position with Huber Heights Schools for the 2020–21 academic year.

“We are thrilled to have you,” School Board President Steve Conn told Person after the vote

“We are so lucky to be able to grab her and bring her into the Yellow Springs family,” Holden said.

In a prepared statement also released Wednesday, the superintendent said, “The district has found a highly qualified principal in Michelle Person,” adding, “She brings a wealth of experience to the position.”

A graduate of Skidmore College and Capella University, Person began her career with Teach for America, spending time as a teacher at Citizens Academy, KIPP Journey Academy and Cleveland public schools, before transitioning into administration, according to the Yellow Springs district office. She served as a principal of operations and head of school at Lion of Judah Academy and Mosaica Education respectively, before returning to Cleveland Schools as an elementary principal in 2015.

“Education is my passion,” Person said in the district press release about her hiring. “I believe everyone deserves the opportunity to receive a quality education, and I am thrilled to be able to continue doing what I love in the Yellow Springs community.”

According to the district, Person was selected from a field of 27 candidates following an interview process that included virtual and in-person interviews with teachers and parents as well as a presentation on how to support strong academics and inquiry-based/project-based learning in a blended or virtual environment given the current impact of the COVID-19 pandemic.

Her starting salary, according to district records will be $108,174 a year.