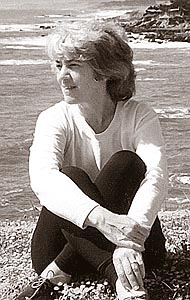 Carole “Cara” Morrill, an educator, writer, speaker, consultant and longtime Yellow Springs resident, died peacefully at her home on June 30, 2020. She was 74.

Born in Philadelphia in December 1945, Carole was the second child of Irwin and Freda Abrams. In 1947, her father accepted a faculty position at Antioch College and the family moved to Yellow Springs, settling in a sprawling house on Xenia Avenue. She was raised and educated in Yellow Springs, graduating from Bryan High School in 1963.

Carole developed an early love of travel and international culture. As a girl, she and her family spent a year in France, living in a picturesque village on the shores of Lake Geneva. During her high school years, she lived in Reutlingen, Germany, as an exchange student. In her 20s, she married a Swede and moved to Stockholm.

Carole received bachelor’s and master’s degrees from Antioch College. She would later work at Antioch International and as a faculty member in the college’s cooperative education department. She was a forward-thinking teacher and educator, someone who embraced experiential education, cross-cultural communication, self-directed learning and other innovative practices long before they entered the mainstream. She loved working with and advising students, especially those in the early stages of building their careers.

The 10 years she spent in Sweden were an especially rewarding phase of her own career. During that time, she led regular education seminars at Stockholm University, the Swedish police academy and other institutions. It was a time of intensifying racial and ethnic tensions as the country grappled with a rapidly diversifying population. As an immigrant to Sweden herself, she was a kind of bridge figure, someone who belonged to multiple cultures and could help explain them to each other.

Her views were featured prominently in the Swedish news media. In a widely discussed profile in the Stockholm newspaper Svenska Dagbladet, she helped Swedes better understand their national character and how they were perceived, for better and for worse, by people of other cultures. She made the case for a little healthy individualism to counter what she saw as the Swedish propensity for collectivist thinking.

Carole was remarried to Veijo, a native of Finland, in 1977. They moved to the U.S. shortly thereafter, landing in Yellow Springs for a short period and then settling in the Philadelphia area for most of the 1980s. In 1991, they returned to Yellow Springs. Carole accepted a position at Antioch College and later started her own consulting practice, training and advising leaders in the nonprofit world.

Carole was a gifted writer and communicator, a speaker of many languages, a lover of poetry and a student of the world’s religions. She was a formidable bridge player, a connoisseur of international cuisine and a collector of cookbooks — many of them in German, Swedish, French and Italian. She loved to cook and would often spend hours in the kitchen perfecting a recipe.

After her retirement, she nurtured a passion for knitting and became an influential presence on Ravelry, the popular social media site for knitters and crocheters. As the moderator of a forum with thousands of members, she developed a circle of friends that spanned the globe. Many looked to her as a source of guidance and inspiration.

“There was no one like Cara,” one member recently wrote. “She was warm, generous, thoughtful, full of excellent and useful advice, and the backbone of our group.”

Carole leaves behind two sons, Scott London, of Santa Barbara, Calif., and Stefan Reis, of Portland, Ore.; along with three grandchildren, Gabriela, Via and Fox; and a great-grandson, Jay. She is also survived by her older brother, David Abrams of Brooklyn, N.Y. Her younger brother, James (“Jay”) Abrams, died in 1980.

Because of the coronavirus pandemic, the family will forgo a memorial service in Yellow Springs. A small service will be held on the west coast at a later date.