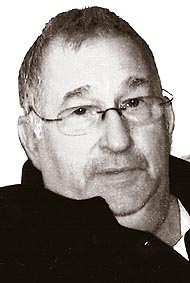 He was preceded in death by his parents; his wife of 43 years, Dianne Marie (Augustus) Harris; his sister, Barbara Osborne; and his brother in law, Michael Knemeyer.

James retired from ODOT after 30 years of service. He was most content working on the farm and spending time with his grandchildren. He was an avid gun collector.

Funeral services were held at 12:30 p.m. on Tuesday, July 28, at McColaugh Funeral Home in Xenia. James will be buried at Valley View Memorial Gardens.

Online condolences may be made to the family at http://www.mccolaughfuneralhome.com.